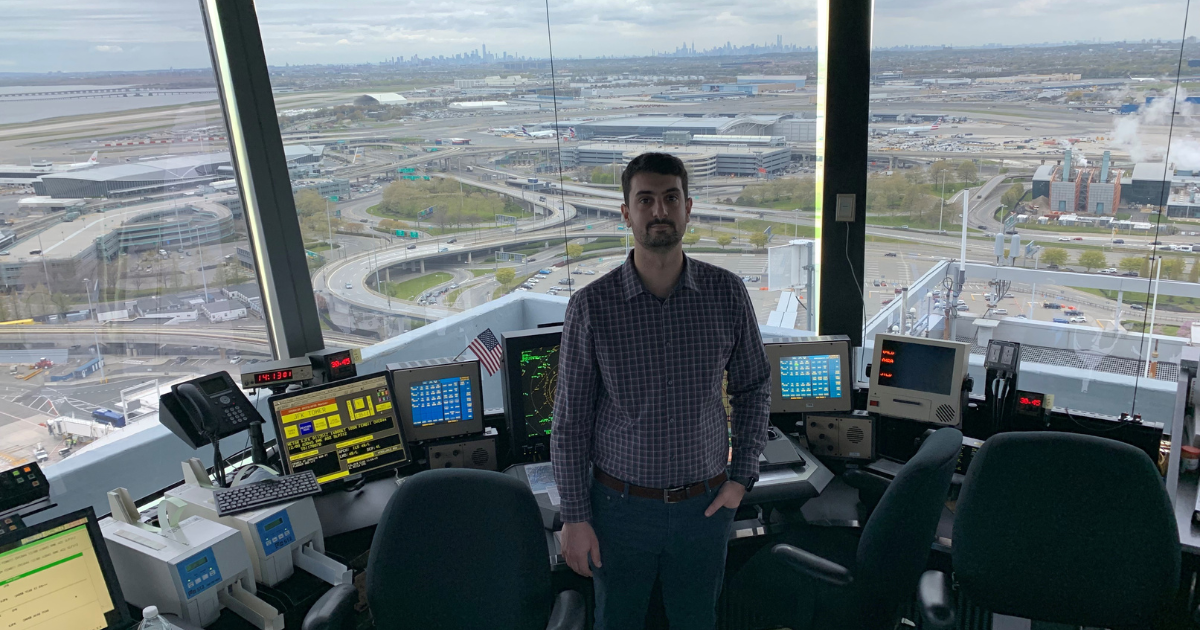 Sometimes the path you’re on may be leading you in the wrong direction. This was the realization for Vaughn graduate Antonio Florio ’19 when, at the age of 25, he switched gears from a career in economics and decided to pursue his passion for aviation and become an air traffic controller. Now, at 29, he’s training for his future at New York Air Route Traffic Control Center (ZNY) on Long Island. Read on to learn how a conversation with his uncle sparked his ambition to go back to college and follow his lifelong dream of being an eye in the sky.

Keeping an eye on the sky

Growing up in Rockland County, New York, Florio always had his eyes on the sky. He remembers how going to the airport was one of his favorite things to do as a child. “From as far back as I can remember, I would always have my head out of the car window, looking up at the planes as we drove to the airport—or anywhere for that matter,” Florio said laughingly. “Airplanes always fascinated me.”

After graduating from high school, Florio attended the State University of New York at Oneonta, where he earned his bachelor’s degree in economics in 2015. For the next three years, he worked in this field but eventually realized the economics industry was not for him. “I was bored at my job,” he said. “I wasn’t happy going to work every day. I knew I had to make a change.” Then, one day he had a conversation with his uncle, who happened to be a pilot. “My uncle saw how unhappy I was at my job and suggested I pursue a career in aviation like him,” Florio explained. “I knew I didn’t want to be a pilot, but my uncle suggested becoming an air traffic controller. The rest is history.” Florio left his job and took some time off to travel and contemplate his next move. Knowing he had his sights set on becoming an air traffic controller, the next decision was where to earn his degree.

Being a native New Yorker, Florio was familiar with Vaughn College and knew that was where he was destined to turn his passion into a career. As one of only 30 colleges in the country to offer the Air Traffic-Collegiate Training Initiative (AT-CTI), Florio was certain that Vaughn would be the best place to prepare him for a career as an air traffic controller.

“I attended a campus tour and was instantly excited about attending the College,” Florio explained.  “Once I saw the control tower on campus, I was hooked!” In September 2018, he enrolled in Vaughn’s Airport Management degree program. Since Florio already had one bachelor’s degree under his belt, he was able to complete the program in one year and he graduated with his second bachelor’s degree in May 2019. “The instructors at Vaughn were instrumental in my aspirations to become an air traffic controller,” Florio said. “Their firsthand industry knowledge and sincere interest in my success was paramount during my time there.”

After graduating from Vaughn, Florio went through the rigorous process of applying for the air traffic controller program. According to the Federal Aviation Administration (FAA), applicants must meet minimum requirements before being selected to attend the FAA Academy in Oklahoma City. Florio said the process—which he describes as “intense”—took about four months to complete. In April 2020, he received notice that he’d met all the requirements and passed all the mandatory testing and evaluations. “I believe having the AT-CTI certification gave me a strong foundation of knowledge to be successful at the FAA academy,” he said. “The pool of applicants was considerable.” Florio was now one step closer to his dream. And then the COVID-19 pandemic hit. This was a major setback for Florio, but he didn’t let it hold him back. He took a job at Westchester County Airport, where he worked in the operations department to fill the time while waiting to begin his training. “Working at the airport was a great learning experience,” he said. “I gained valuable knowledge outside of the classroom that was instrumental in my career.”

In November 2021, Florio began his training at the FAA Academy in Oklahoma City, where he remained for four months. “Training at the academy was an amazing experience,” he said. “The competition was steep, but it makes you want to work harder.” Of the eight candidates in his class, Florio was one of the four who passed the FAA training. With this milestone behind him, he was given a list of available positions across the country. “I was chosen to work in En Route Operations, which are facilities that own and operate airspace around 18,000 -to-60,000 feet,” he explained. Florio accepted the position at the New York Air Route Traffic Control Center (ZNY) on Long Island located in Ronkonkoma, where he has been training for the past three months. “New York is home for me,” he said. “My fiancé and our families live here as well. I feel like I hit the lottery with this job.”

Florio explained how there is a backlog of trainees at the facility due to the COVID-19 lockdown. “I’m hoping to complete my training and become a certified professional controller within the next few years.” In the meantime, he is training on material that is specific to New York: The study of maps of the airspace in upstate New York and Pennsylvania, the airports in that airspace and military rules, among other topics.

When asked about his decision to switch careers, Florio replied: “Don’t be afraid to make a move in a different direction. You never know how it will turn out until you try, so never settle to play it safe. You have to be happy going to a job every day. It’s never too late to make that happen.”

Check out our blog, “Soaring Careers: Top Five Jobs and Salaries for Aviation Degrees,” to learn more about which futureproof career may be best for you.

Do you have your sights on becoming an air traffic controller? Vaughn can get you there—and in less time than you think. Apply today! 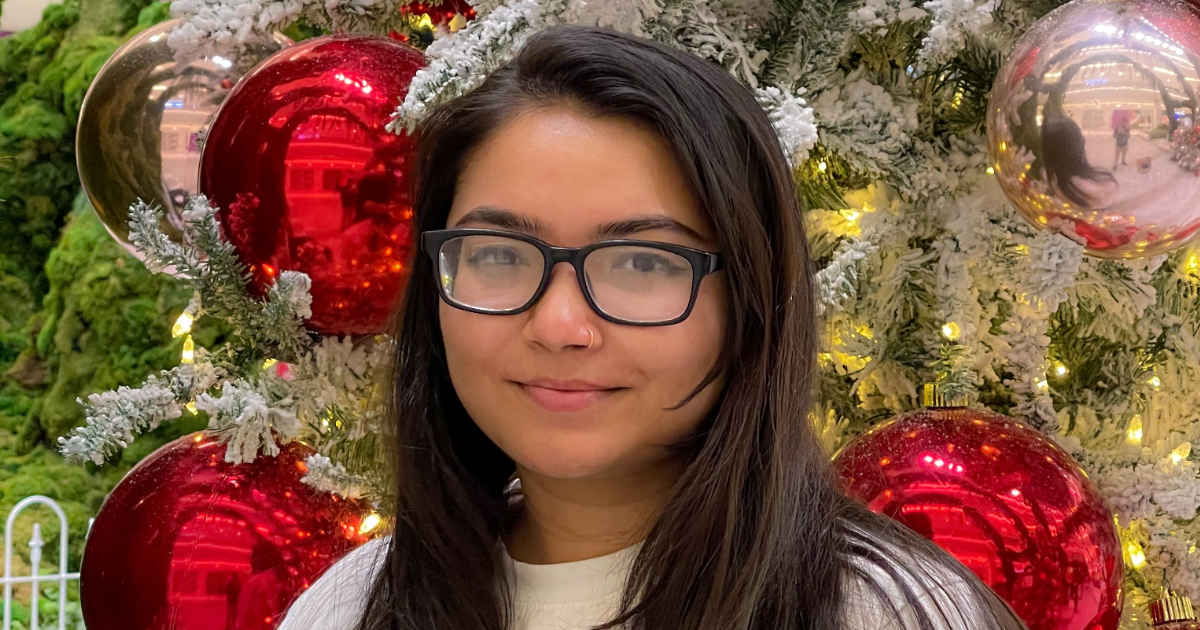 June 2019 Read more
Sign Up for the Vaughn Email Newsletter