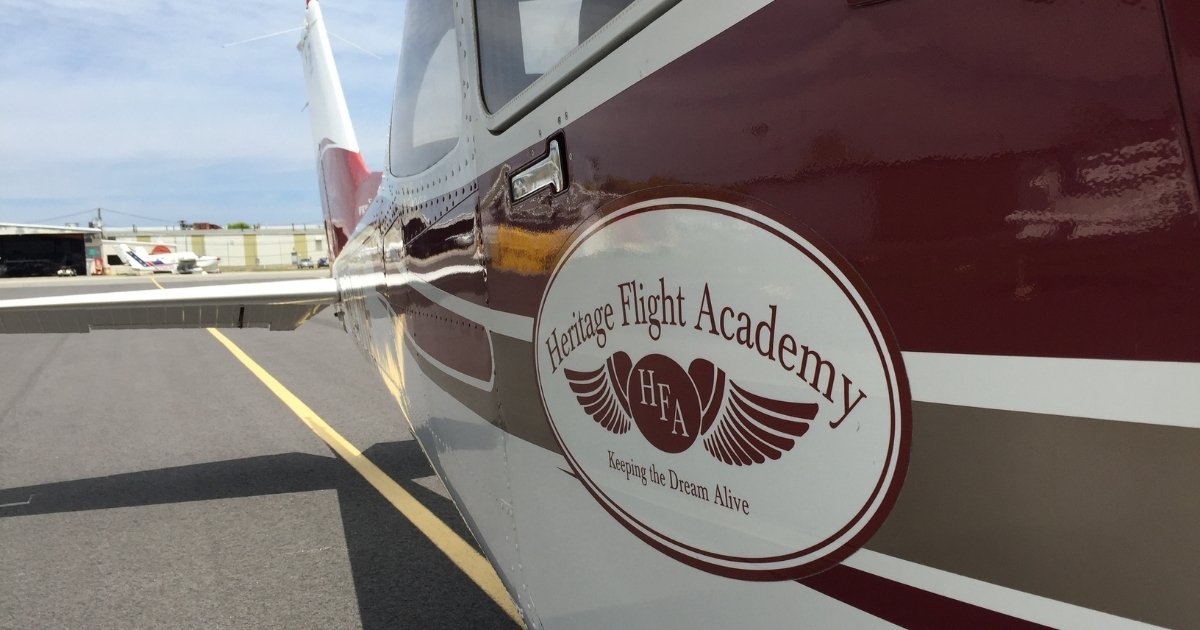 Have you ever thought about becoming a pilot? There’s never been a better time—or place—to earn your wings. Vaughn College has an exclusive partnership with Heritage Flight Academy which gives Vaughn aircraft operations students a place to practice flying as they work to achieve their flight certificates and ratings in addition to earning their bachelor’s degree.

We had the privilege of speaking to Neil Visse, executive vice president of Heritage Flight Academy, to discuss how the College’s exclusive long-standing relationship with Heritage has been instrumental in paving the way for hundreds of Vaughn students each year to get their flight certificates and achieve their dreams of becoming pilots.

Why now is the best time to become a pilot

The ongoing pilot shortage is more prevalent than ever before. After the lockdowns due to the pandemic, travelers are taking to the skies sooner than expected, leaving airlines trailing behind the demand. “There’s never been a better time to become a pilot,” said Visse. “The aviation industry went through a dry spell when the COVID-19 pandemic began. Between pilots taking early retirement and those who were furloughed during that time, the industry is seeing a pilot shortage even greater than before.”

Pathway to becoming a pilot 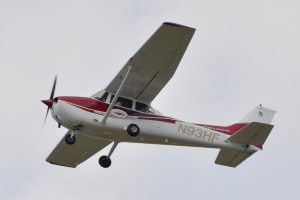 Becoming a pilot is an exciting venture. Students not only learn the academics of flight operations through programs like the aircraft operations degree at Vaughn, but they get to put that knowledge into action—at the controls and in the air—at flight schools such as Heritage Flight Academy. Since 2013, Heritage Flight Academy, located at MacArthur Airport on Long Island, has trained hundreds of Vaughn aircraft operations students as part of its Federal Aviation Administration (FAA)-approved Part 141 training operation. “We have seen substantial growth over the years,” Visse said. “We have invested not only in our state-of-the-art aircraft but increased our professional staff and operating space. Currently, we have between 100-120 Vaughn students enrolled in our program at any given time.”

The process to make it happen

Students enrolled in the four-year aircraft operations (flight) degree program at Vaughn can begin their training at Heritage in their freshmen year. Visse walked us through the process of how students can begin earning their certificates and ratings:

Students will take their first private pilot course (two semesters) at Vaughn simultaneously with the flight-training course at Heritage. This allows students the benefit of demonstrating their academic knowledge as they apply it to their flight lessons. Students can expect to complete their private pilot license certificate by the end of their freshmen year.

Commercial rating—During the second semester of sophomore year, students can work toward earning their commercial pilot rating. This rating requires the most hours and allows them to fly for hire. The flight-training program at Heritage includes ratings for both single and multi-engine aircraft at the commercial level. 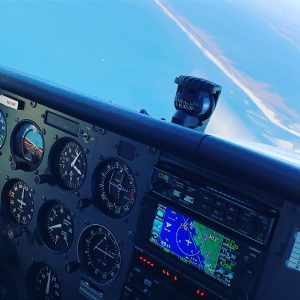 With all of these ratings under their belts, students can complete their degrees and be well positioned to enter the workforce. “Students will not have any problem finding a job as a pilot today,” Visse said.

There are certain things to keep in mind when considering whether or not to become a pilot, including the additional cost and time it takes to earn required certificates and ratings. Visse suggests that students speak with a financial aid counselor to discuss their opportunities for financial assistance as well attending a Vaughn open house or information session to talk to student pilots about their experiences. Students can also schedule a virtual meeting with an admissions counselor to discuss their questions and next steps.

There’s no denying that becoming a pilot can be time intensive—not to mention expensive. Visse explains how Heritage shares Vaughn’s passion of seeing students succeed. That’s why this is the only flight school to offer ‘flexible scheduling’ which is a huge advantage for students with busy schedules. Heritage will work around work or class schedules so students can train whenever it’s convenient for them – schedules can change weekly. Additionally, Heritage offers a flat-rate program for Vaughn students when purchasing flight hours, which means after students pay for a certain number of hours, they earn free hours – this makes it much more affordable. “The resilience of our students throughout the pandemic has been amazing,” Visse said proudly. “We are proud to offer unique programs designed to not only help our students succeed but relieve some of their stress at the same time.” 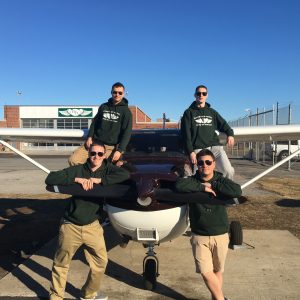 For the past 15 years, Visse has been an integral part of the aviation industry. While he has enjoyed flying as a pilot, over the years his path has “detoured” to the operational side of the business. “There’s never been a time that I didn’t think about flying,” he said. “My dad was a pilot. I guess you can say it’s in my blood.” Visse said Heritage has seen its fair share of changes over the years. “Thanks to our incredible partnership with Vaughn College, Heritage Flight Academy is now the largest operator at MacArthur Airport,” he said. “Watching our students move on with their careers is bittersweet, but we are proud knowing that we—along with Vaughn—were instrumental in making their dreams of becoming a pilot a reality.”

July 2018 Read more
Sign Up for the Vaughn Email Newsletter