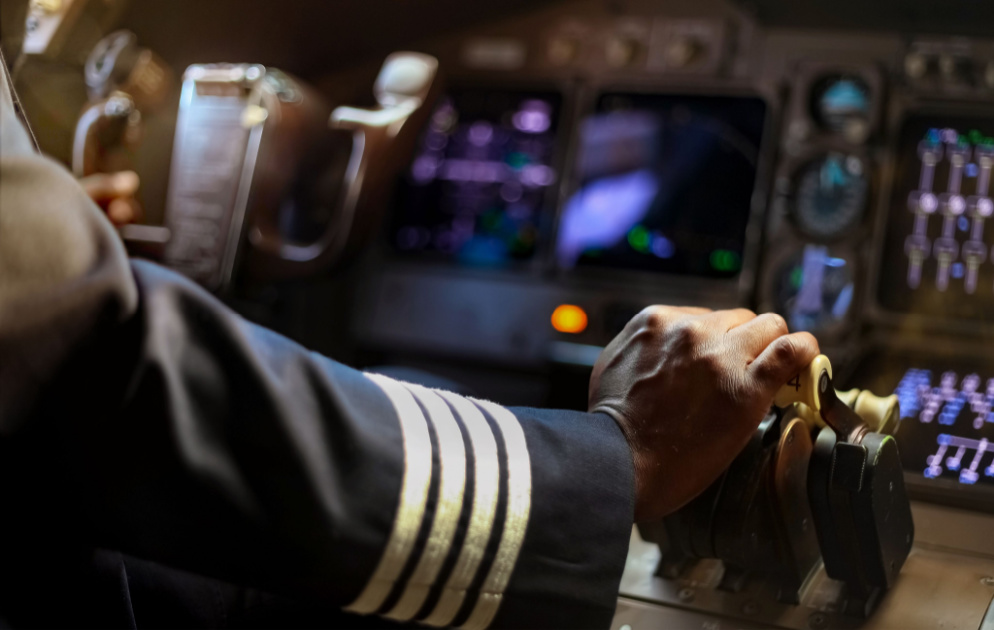 Flight cancellations, delays, crowded airports. Sound familiar? If you’ve traveled by air recently, you more than likely have experienced some of these disruptions. With the ongoing national pilot shortage fueling part of what we may call “travel chaos,” airlines are taking control by initiating their own pilot training programs. And just last month, U.S. Senate representatives got on board in response to the pilot shortfall. So, will the problem get worse before it gets better? Buckle up as Vaughn College takes a closer look at how the industry is responding to this demand and explains how its programs and partnerships are the perfect combination to educate and train the next generation of pilots.

An unprecedented demand for pilots

According to the U.S. Bureau of Labor Statistics, about 14,500 pilot openings are projected each year over the next decade. This unprecedented demand stems in part from the early retirement of pilots during the pandemic, a reduced number of trained military pilots and the high cost of aviation training. To fill this gap in the pilot pipeline, Republic Airways and United Airlines, among other well-known companies, have initiated their own pilot training programs to meet the demand. Let’s take a look at how they operate.

How the industry is responding to the shortfall

Republic Airways—a regional airline that services Delta Connection and United Express, among others—is on a mission to train pilots, fast. The goal is to teach pilots in a shorter period of time through intense training that is mission-specific to flying commercial airplanes. Republic Airways believes its pilot training program is so good, that it rivals the military by using more technology and better simulation. Instead of the 1,500 flight hours that is required for commercial pilots, Republic Airways filed a request with the Federal Aviation Administration (FAA) requesting that its pilots be allowed to fly with only 750 flight hours. And, to sweeten the deal, Republic Airways is offering deep discounts and jobs to students who finish this program.

At United Airlines’ training facility in Denver, Colorado, former Blue Angel and Top Gun pilots are training regional and military pilots on how to fly commercial airliners safely and professionally. Pilots who are new to United Airlines spend five weeks training in a simulator, where they learn the intricacies about the specific planes they will be flying. The program is proving successful, having turned out a record of 40-to-70 new hires a week.

On July 25, 2022, Senator Lindsey Graham (R-South Carolina) and five other U.S. senators introduced the Let Experienced Pilots Fly Act (S.4607) to address the massive amount of flight cancellations that has been caused by the ongoing pilot shortage. This legislation will raise the mandatory commercial pilot retirement age from 65 to 67, in addition to:

How Vaughn can help you earn your wings

With 90 years of aviation history under our belts (and yes, they are fastened!) Vaughn students have gone on to pursue amazing careers in the field of aviation as well as engineering and technology and management. And when it comes to our reputation, Vaughn’s aircraft operations (flight) program is one of only 29 institutions that are currently part of the FAA’s Air Traffic Collegiate Training Initiative (AT-CTI.) Vaughn students train on the same equipment used by the FAA, which helps accelerate their training upon acceptance to the FAA Academy in Oklahoma City, Oklahoma. And were you aware that Vaughn has partnerships in the industry which in turn give students a competitive edge when preparing for their careers? Check these out!

Vaughn’s long-term relationship with Atlas Air has proven to be truly valuable, as several Vaughn graduates have landed full-time positions in virtually every department with this renowned American cargo airline, passenger charter airline and aircraft lessor based in Purchase, New York. Just recently, Atlas Air and Vaughn faculty collaborated to develop the “Pathway to Success First Officer Trainee Program.” This exciting pilot pathway program is designed to enable new pilots at the RATP level—upon successful completion of a comprehensive training program—to transfer directly to Atlas Air’s 737 air fleet. This is big news, as the program allows new pilots to forgo the traditional pathway through regional airlines and go straight into a career flying Boeing aircraft. And even more enticing is that this program includes a monthly stipend, medical benefits, a 401(k), transportation and accommodations.

Last year, Vaughn College announced its partnership with JetBlue Airways as part of the airline’s ‘University Gateway’ Pilot Pathway Program. This is the airline’s longest-running pathway program that allows flight students who attend Aviation Accreditation Board International (AABI)-accredited institutions—such as Vaughn—to apply and interview for positions at JetBlue while completing their collegiate courses. Once accepted, students will follow a defined path to gain experience and build their flight time before joining JetBlue as first officers upon completion of the program.

Vaughn’s contract with Heritage Flight Academy gives Vaughn aircraft operations (flight) students the opportunity to put their knowledge into action—at the controls and in the air—by giving them direct access to the latest technology, equipment and skilled flight instructors. Since 2013, Heritage Flight Academy—located at MacArthur Airport on Long Island—has trained hundreds of Vaughn aircraft operations students as part of its Federal Aviation Administration (FAA)-approved Part 141 training operation. Check out our blog to learn more about this partnership and how it benefits students: “Vaughn’s Long-standing Partnership with Heritage Flight Academy Gives Pilot Students an Edge.”

Today’s college students are zeroing in on more career-focused majors that will land them get jobs before the ink dries on their diplomas. Airlines need pilots—and that need will remain for many years to come. Could you be next? If becoming a pilot was ever on your radar, now is the time to act.

August 2019 Read more
Sign Up for the Vaughn Email Newsletter