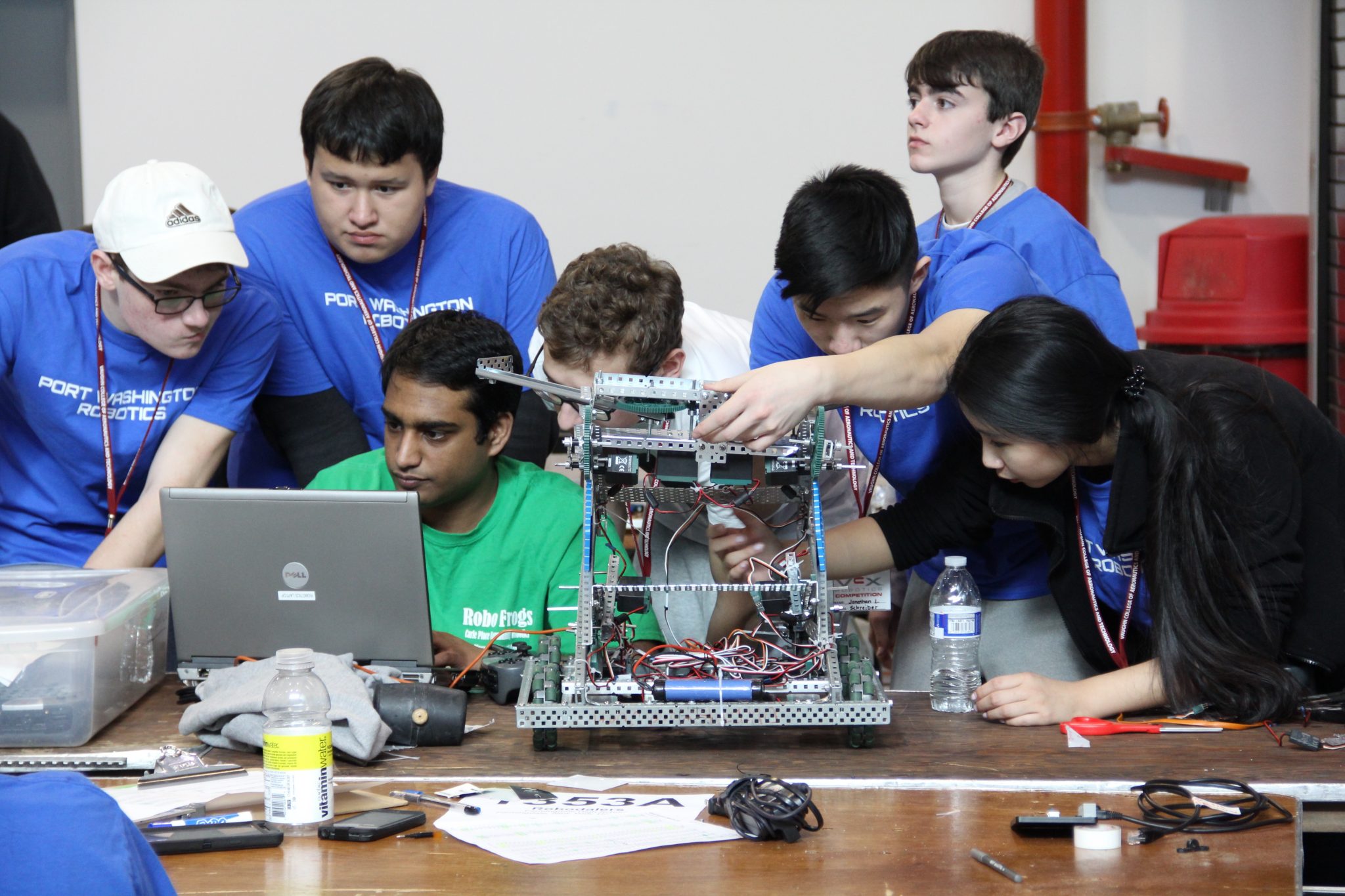 On Friday, January 27 and Saturday, 28 Vaughn College hosted both the VEX U Regional Competition and the iDesign VCAT VRC Qualifiers. Vaughn’s 2016 world champion robotics team competed in the VEX U competition and then coordinated the high school qualifiers, bringing teams from all over New York to compete in the Hangar.

The qualifier competition began at 9 a.m. with check-in and robot inspections followed by skills challenges and qualification rounds.

A total of fifteen high schools and 41 teams were in attendance to compete and showoff their robots. This challenge was called “Starstruck” and had opposing teams throwing stars and cubes to the opponent’s side for points.

“We always look forward to competing and learn a lot from other teams,” said Bilal Rashid ’18, president of the Vaughn College Robotics Team. “And to be able to work with high school students who could be the next generation of engineers or mechanics is very rewarding.”

For more information about Vaughn’s offerings in engineering and technology, click here.