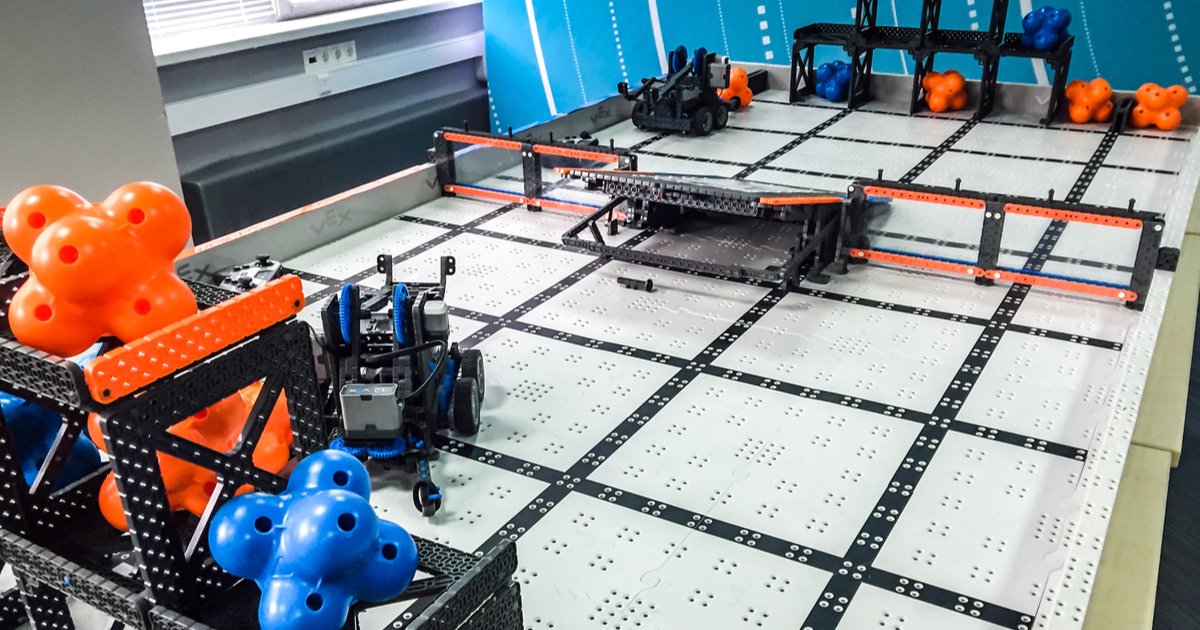 Dedication, perseverance and willpower proved to be a winning combination for the Vaughn College Robotics Team as they discovered the right formula to qualify for the VEX Robotics World Championship 2021 amidst the COVID-19 pandemic. We caught up with Timothy Tullio, team president, and Maharshi Patel, vice president, to hear how the team switched gears to maintain their focus while keeping things “business as usual.”

A different kind of competition

The VEX robotics engineering competition was structured differently this year. Tullio described the competition as more of a “skills event” as the teams played against themselves as an “us versus the clock” scenario. Their scores were then compared to other teams who also competed virtually around the world. The team described this year’s game as “Tic-Tac-Toe meets Connect Four.” The goal was to score as many points as possible in one minute. The more rows the team was able to connect, the more points they earned.

Building up to the competition

Tullio and Patel agreed that the element of strategy was similar to last year’s competition, but managing the room was completely different. Due to social distancing protocols, only six team members were permitted in the room at the same time. They said keeping the groups small helped to build a stronger relationship between team members. “When we weren’t in a Zoom class, we were working on the robots. From the time we woke up until bedtime, it was all about getting the job done.”

Vaughn’s robotics team pulled out all the stops to reach their goal. From conducting weekly Zoom meetings to using various platforms that included Microsoft Team and WhatsApp, the team was able to stay connected, coordinating all necessary meetings to keep the process flowing smoothly. The team members explained that last summer, they carried out all their computer-aided design (CAD) work from home. They designed the protype virtually, thus acquiring all the necessary licenses they needed to move forward with building their robot.

Vaughn at their side

Everyone involved expressed how Vaughn remained a positive force in supporting the robotics team—as well as other student-run campus activities—despite these uncertain times. “Vaughn was strict as far as following COVID-19 protocols, but through Zoom calls and other measures, the College helped us in every way they could. We are grateful the College was there for us and had our best interest at heart.”

Vaughn’s robotics team was named World Champions at the 2016 VEX World Robotics Competition in Louisville, Kentucky. Hear from the team president at the time regarding the big win.

Are you interested in pursuing robotics engineering as a career? Check out Vaughn’s renowned mechatronic engineering program which combines electronic, mechanical and computer engineering. The program is designed to prepare students for the ever-changing high-tech industries and careers of the future.

Alumni Spotlight: Two Vaughn Pilots are Even Better than One

April 2015 Read more
Sign Up for the Vaughn Email Newsletter