If you had a choice of either attending a concert or solving a math equation, which would you choose? Your answer is most likely: “You’re kidding, right?”

Vaughn College is dedicated to making math a positive experience by teaching methods that eliminate the stigma and ensure students attain the confidence they need to secure success in their field. 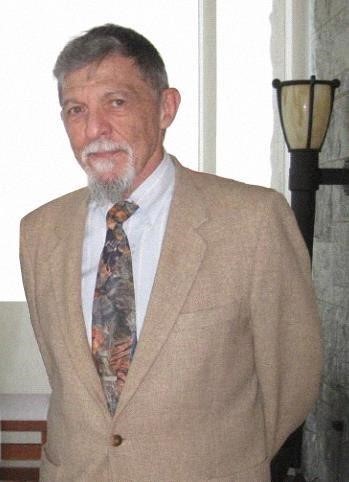 Let’s face it. Math gets a bad rap. Dr. Andrew Grossfield, who is currently a professor of mathematics and electronics at Vaughn College, is working hard to change that notion by making math a subject that students look forward to instead of dreading. So, how does he do it? It’s all about changing the students’ attitudes and opening their minds to a different approach.

Grossfield holds a doctorate in continuum mechanics, has been a member of the American Society for Engineering Education (ASEE) for many years, is the past chair of the ASEE Mid-Atlantic Section, and has been granted the ASEE 2010 Math Division Distinguished Educator Award.

In honor of Mathematics and Statistics Awareness Month, Grossfield weighs in on the importance of easing the fears students have of math, and the value this subject of study holds in earning an engineering degree.

The fear is real

Just hearing the word “math” can have some people shudder in fear, when in fact, math is all around us―in buildings, navigation, technology, and the arts. The use of math is present in almost every profession. So, why do we find the subject so terrifying? The answer may lie in how math has been taught to us and our lack of confidence to grasp it. Instead of teaching with the goal of deriving the logical proof, Grossfield believes that promoting the concept of how to understand math will help students gain satisfaction in continuing their engineering and analytical studies.

How does one make learning higher level math, like calculus, easier? In layman’s terms, Grossfield proposes that precalculus and calculus should be introduced as the study of well-behaved curves where the student has the framework to visualize and grasp the concepts, and are asked questions such as, “Where is the point?” and “Where is the cure heading?”

“A student who can see what he is studying is more likely to stick with it,” Grossfield stated.

Another approach Grossfield follows is reordering how math is taught. Instead of teaching the hardest part first, he delays the difficult conventional formal derivations in order to place the students in a more comfortable position where they can understand the mathematical manipulations and follow the analysis.

Grossfield believes everyone can find joy in math as they do in sports, music, theatre, art or scientific discovery. Those who are familiar with mathematics see fascinating puzzles, games, patterns and amazing facts―not just random numbers. Next time you’re out and about, take a minute to observe the many ways math is a part of your everyday life. You’ll be surprised!

June 2020 Read more
Sign Up for the Vaughn Email Newsletter