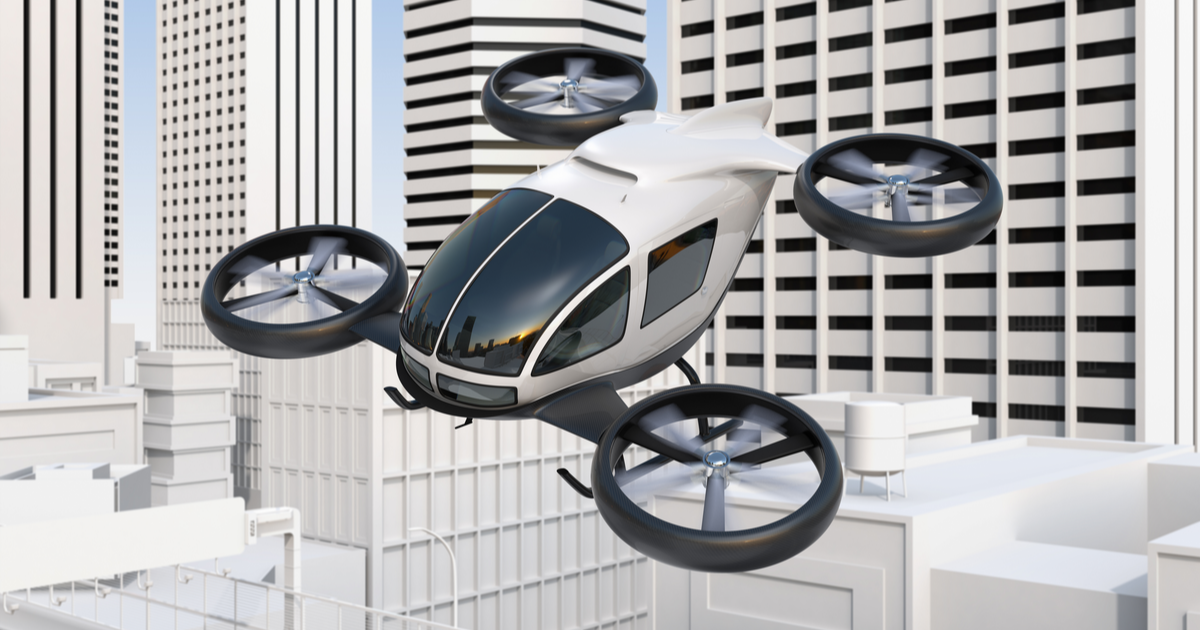 November is National Aviation History Month. From the first glider flight over 100 years ago by the Wright Brothers to the largest aviation wonders of present, advancements in aviation engineering and technology have soared to new heights—literally. Airplanes are likely the first things that come to mind when we hear the word “aviation.” But where do helicopters and other vertical takeoff and landing (VTOL) aircraft fit in to the mix?

This month, Vaughn College turns its sights to the history of personal VTOL aircrafts and chronicles the advancements, benefits, and future of this amazing technology. Did someone say “flying cars?”

For nearly 90 years, Vaughn has been steeped in aviation history. From opening its doors in 1932 as the Casey Jones School of Aeronautics to its present day ranking as one of the nation’s Best Colleges in the Regional North by U.S. News and World Report, Vaughn has remained true to its vision of educating and training its graduates for futureproof careers.

What are VTOL vehicles?

Vertical takeoff and landing aircrafts are vehicles that have the unique ability to depart, hover and land vertically. In addition to their unique take off and landing abilities, they can fly slowly and land in small spaces, unlike conventional aircraft. Today, there are two types of VTOL technology: rotary wing aircraft and powered lift. Here is how they compare:

The history of VTOL technology

Most would never connect the dots between Leonardo Da Vinci and helicopters. But did you know the famous Renaissance painter sketched an image resembling a helicopter that he named the “aerial screw.” It is believed he made small models of the design but never pursued vertical flight any further. One Italian who did make his mark in vertical flight was Enrico Forlanini. In 1877, Forlanini became the first to build an unmanned steam-powered helicopter that remained in the air for about 20 seconds. This first flight laid the foundation of rotary aircraft for years to come. Test your knowledge on more historic first flights in our blog: “Greatest First Flights in Aviation History in Honor of Aviation History Month.”

Advancements in engineering and technology

From the 1920s through the 1940s, inventors across the globe attempted to design and fly their experimental helicopters. Unfortunately, some met with disastrous results. It wasn’t until the 1950s when the widespread use of turbine engines helped lead the way to building the helicopters and modern VTOL aircraft we know today.

The “flying car” concept was first introduced after World War II. Even Henry Ford predicted it would be a reality in the near future. Ford, along with several automobile manufacturers and the US Army, delivered prototypes of “flying jeeps” The Ford Motor Company created a personal aircraft named the Volante Tri-Athodyne—a 3/8-to-scale concept car model that used three ducted fans to enable VTOL. Unfortunately, Ford abandoned the project. In 1956, the US Army initiated the largest innovation when it began investigating “flying jeeps” as an alternative to helicopters on account of their smaller size and ease of flying. Although the research was dismissed, the concept still lives on today. Read more about the future of flying cars in our blog: “Urban Air Mobility: Transforming Sky Transportation.”

Today’s engineers are designing electric vertical takeoff and landing (eVTOL) aircraft that use electric motors or batteries instead of fuel. This advancement is proving beneficial on several economic and environmental fronts. Here are some benefits of VTOL technology we are seeing today:

The fast and futuristic

Aircraft racing is putting eVTOL on the fast track. Alauda Racing, an Australian aviation firm, is introducing the Airspeeder, the new electric VTOL that was modeled after the 1960s British Formula One race car. With original plans to race this year, Air Race E is organizing a World Cup of electric conventional takeoff and landing (eCTOL) aircraft. Pilots will experience onboard cameras and racing speeds up to 125 mph.

Closer to home at Vaughn

Vaughn’s Unmanned Aerial Vehicle Team has bragging rights of its own. For the past two years, the team placed first and second place, respectively, at the 2018 and 2019 Micro Air Vehicle Student Challenge Competition. They developed two drones to compete in both the manual and autonomous categories. Both drones were designed to perform VTOL with onboard flight-stabilization and camera. Way to go, team!

Are you ready to pursue a futureproof career? Discover all that’s possible with a degree in engineering and technology, management, or aviation. Apply today.

August 2017 Read more
Sign Up for the Vaughn Email Newsletter