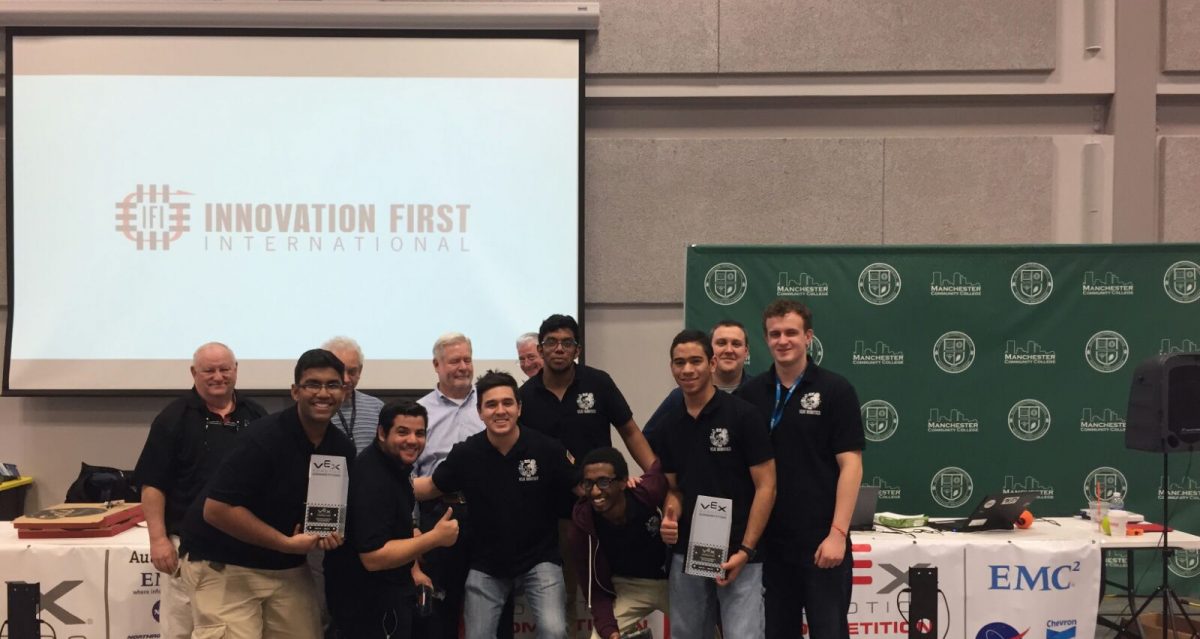 Seven colleges and universities participated in the event and competed in a total of five matches. Vaughn’s VEX Robotics team won 3 of the 5 qualifying matches and later defeated BERN (Bots ‘n’ Stuff Robotics) with a final score of 142 points.  Vaughn won the title as first place champions for the tournament and also won the design award for having well-constructed robots.

Vaughn’s senior robotics team will compete in the next VEX qualifier on Friday, February 12. The event will be held in Vaughn’s hangar and will see six teams facing off for a spot in the VEX world championship tournament.