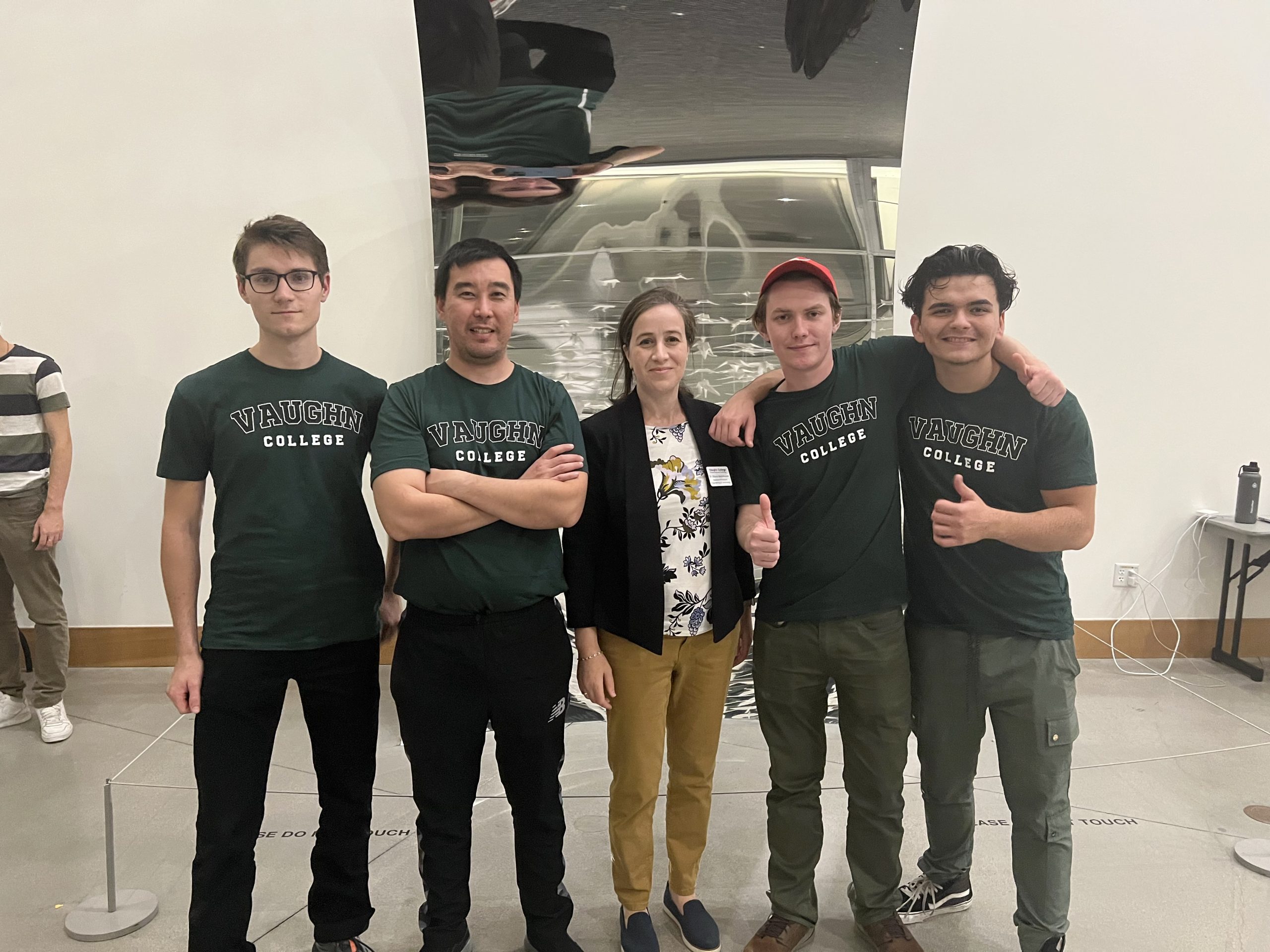 In October, Vaughn students participated in the IEEE Region 1 Micromouse competition at the Massachusetts Institute of Technology. The micromouse competition is a university level competition in which student teams build small robots capable of exploring, mapping and racing through a small maze. This competition allows students to not only learn technical skills such as hardware, sensor and system integration, but also provides valuable skills such as teamwork, time management and communication skills. Vaughn’s micromouse autonomous robot, nicknamed “Jerry,” had previously participated in a competition in the spring. For the second competition, Jerry came equipped with a modern electrical system as well as an innovative design. Lead by Dr. Ghania Benbelkacem, assistant professor for the Engineering and Technology department, the focus points for Jerry were an electrical system using a PCB, enhanced design and implementation of a PID for control system.

As a result of the hard work and dedication of Vaughn’s micromouse team, Jerry won first place at the competition. Dr. Ghania Benbelkacem is proud of the students’ persistence, work ethic and commitment in reaching the project goal. “The micromouse team will continue to make improvements to Jerry and compete in future competition events,” said Dr. Ghania Benbelkacem. “This is an exciting and fun learning experience for students.”