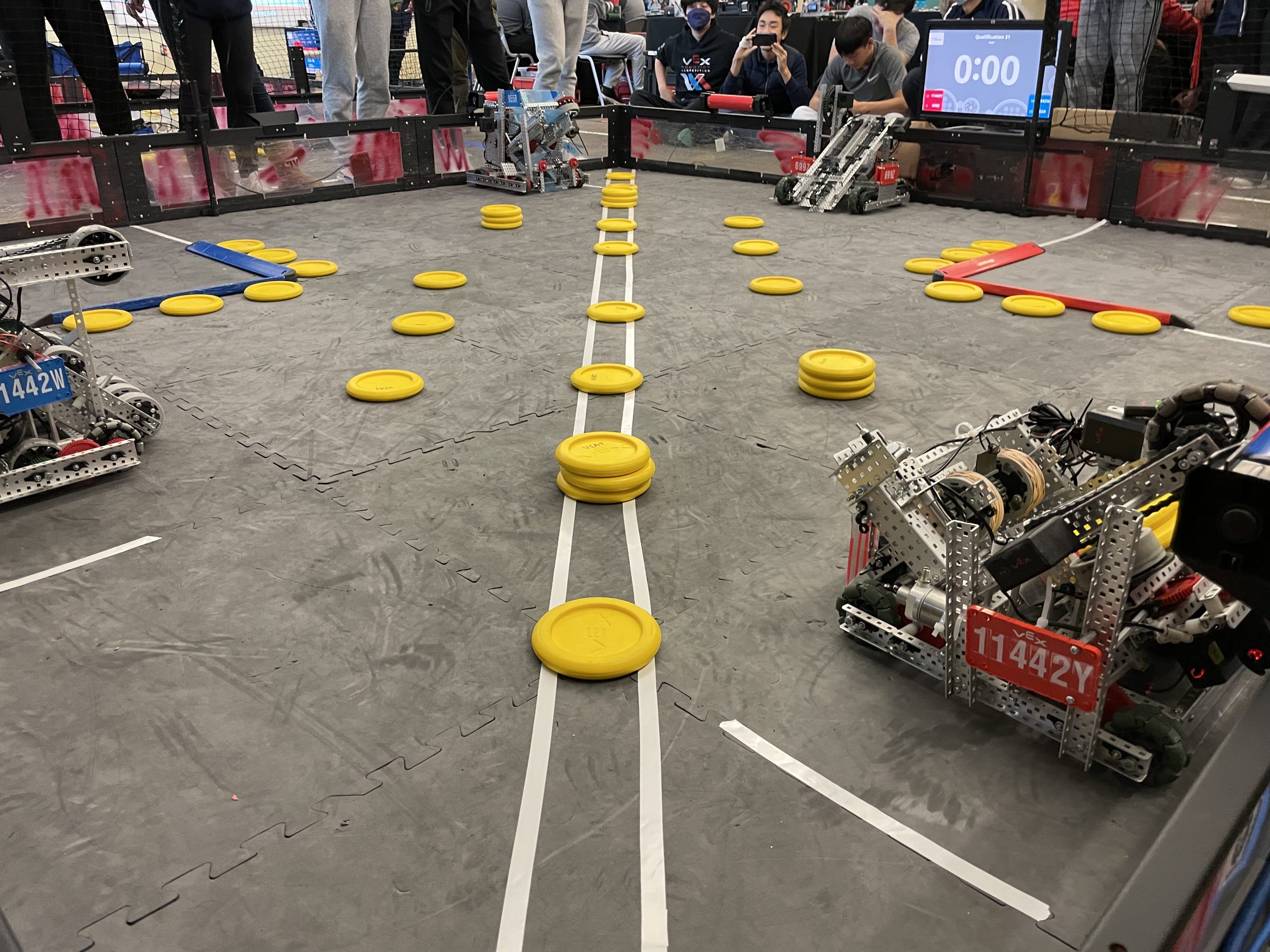 The Vaughn College Robotics Team (VCAT) hosted more than 30 teams from 17 high schools in the surrounding counties for the VEX VRC tournament. The event occurred on Saturday, December 17 and took place in W155A. Students and visiting high schoolers were able to watch the tournament livestream from the College’s café.

VRC tournaments provide high schoolers the opportunity to showcase their design skills through project challenges by enhancing their science, technology, engineering and mathematics (STEM) skills through the process of designing and building robots for competition. Teams competed for ten awards, five of which would qualify them for the regional championship. Qualifying for the VEX Robotics World Championship is the end goal for students. The 2023 VEX Worlds Championship is taking place from April 25-May 4 in Dallas, Texas.

Team Overclock achieved the Excellence award, the highest honor bestowed at a VEX or VRC robotics tournament along with the Robot Skills Champion. The event concluded with Omega Robotics being crowned Tournament Champions. In total, five teams from four high schools qualified for the regional championship scheduled for Saturday, March 11 at the College.