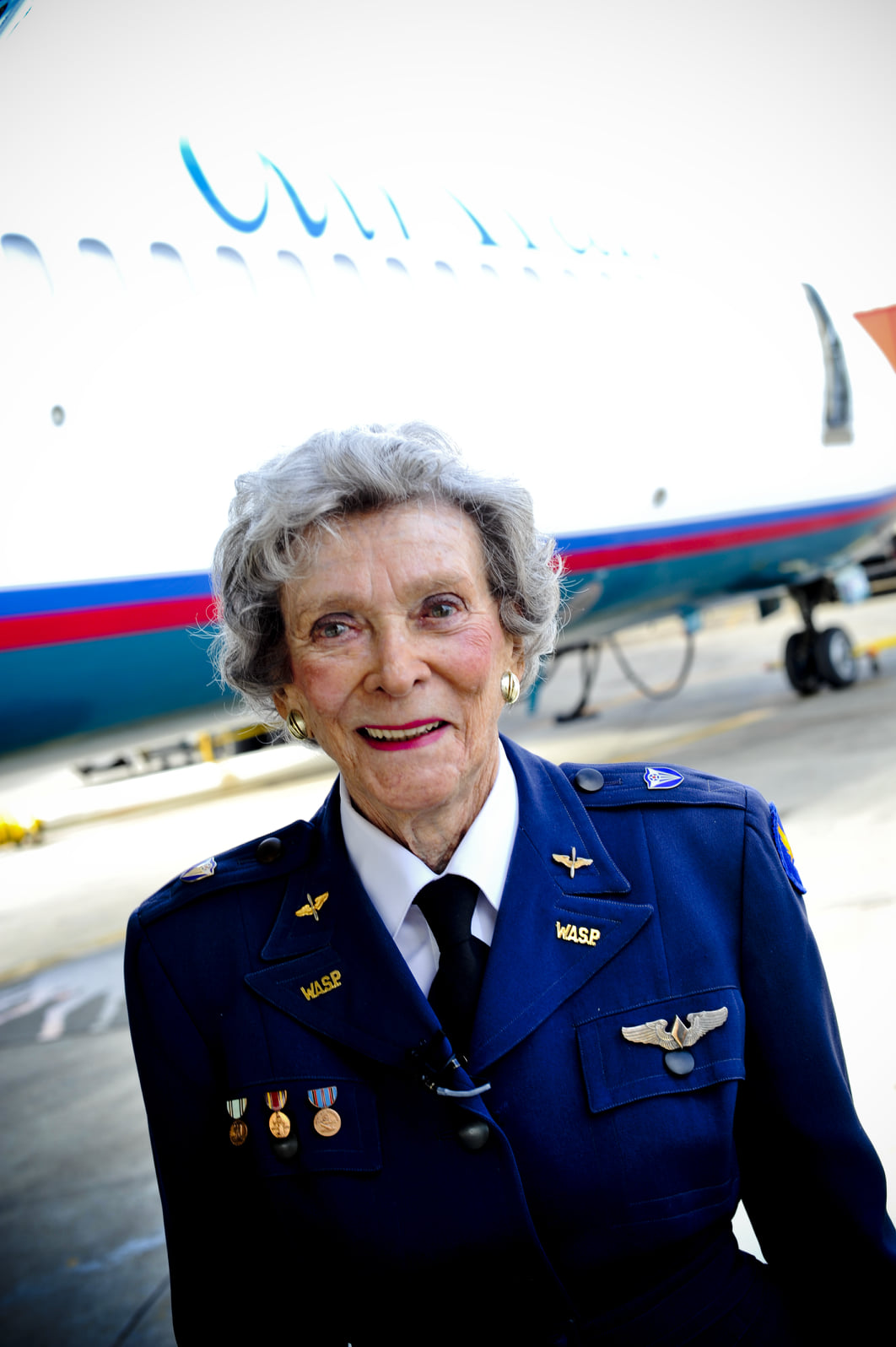 Bernice “Bee” Falk Haydu was born on December 15, 1920 in Montclair, New Jersey. After graduating high school, she enrolled in aviation classes on the weekends while working as a secretary. She attended the Women Airforce Service Pilots (WASP) in Sweetwater, Texas and completed her training in March 1944. Falk Haydu is among the first women to fly military airplanes for the Army Air Force. Her dedication to WASP placed her front and center as president of the organization from 1975-1978, where she led the fight in Congress to recognize the WASP as veterans. In 1977, President Carter signed the bill into law, allowing the WASP access to Veterans Administration benefits.

Falk Haydu was inducted into the New Jersey Aviation Hall of Fame in 2000, the Women in Aviation International Pioneer Hall of Fame in 2012, received the FAA’s Wright Brothers Master Pilot Award in 2014, and was awarded an honorary doctorate degree from Vaughn College in 2015.

Above all else, Falk Haydu’s long-term commitment and dedication to WASP and accomplishments paved the way for women in aviation. She turned 100 years old in December but unfortunately passed away earlier this month. Although we grieve her loss, the Vaughn community will continue to carry on her legacy.

In lieu of flowers, consider contributing to her favorite organizations: the Ninety-Nines, Sweetwater WASP Museum, CAF Rise Above and The Boys and Girls Club.