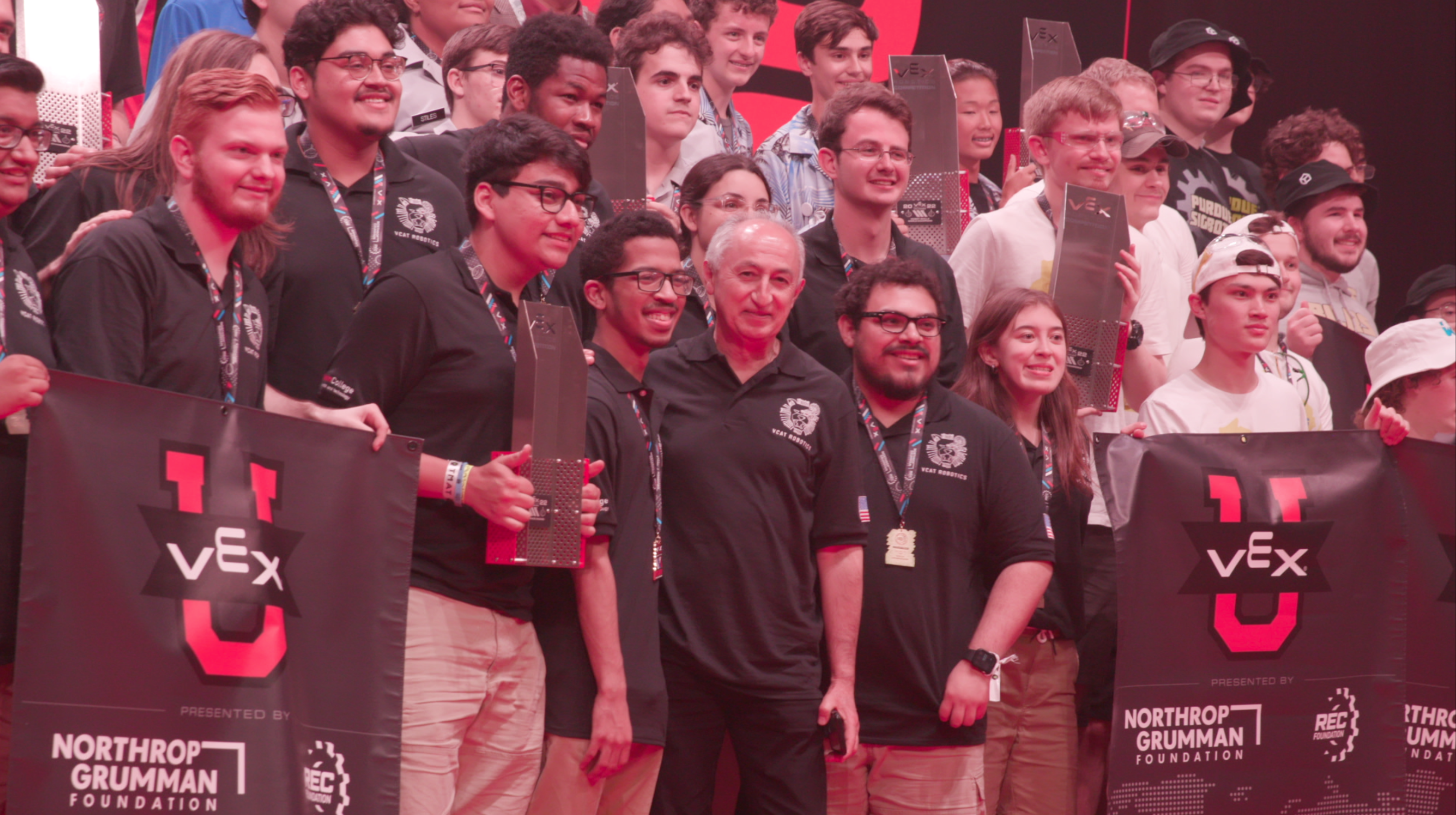 On Thursday, May 5 the Vaughn College Robotics Team competed against more than 70 national and international universities from across the globe at the VEX U Worlds Robotics Competition in Dallas, Texas. As a result of their efforts, they were awarded the Excellence Award. The Excellence Award is the highest honor presented in VEX competitions. This award is presented to the team that judges want others to emulate and “best exemplifies overall excellence in building a high-quality robotics program.” In order to be considered for the award, competing teams must submit an engineering notebook and rank high in the qualifications and robotic skills categories. In addition to this win, Vaughn also earned third place for the robotics skills champion category and automatically qualified for the VEX U Worlds Robotics Competition in 2023.

“The World Championship is a tough competition that only the top US regional and world champions are qualified to participate in,” said Dr. Hossein Rahemi, chair of the engineering and technology department, who was onsite lending support to the team. “The team worked extremely hard again this year and we want to congratulate the members for keeping their standing as one of the top ranked competitors and best robotics teams in the world.”

Vaughn’s Robotics Team, nicknamed “VCAT,” finished the qualifying rounds with a total of nine wins and only one loss to qualify for the 16-team playoff bracket. In round 16, the team defeated Mt. San Antonio College from Walnut, California. In the quarterfinals, VCAT defeated the University of Illinois at Urbana-Champaign to advance to the semifinals. After an intense match, Vaughn lost to the University of Wisconsin-Platteville who ultimately advanced to the finals.

The 2023 VEX U Worlds Robotics Competition will be held in Dallas, Texas where VCAT will look to replicate their success.