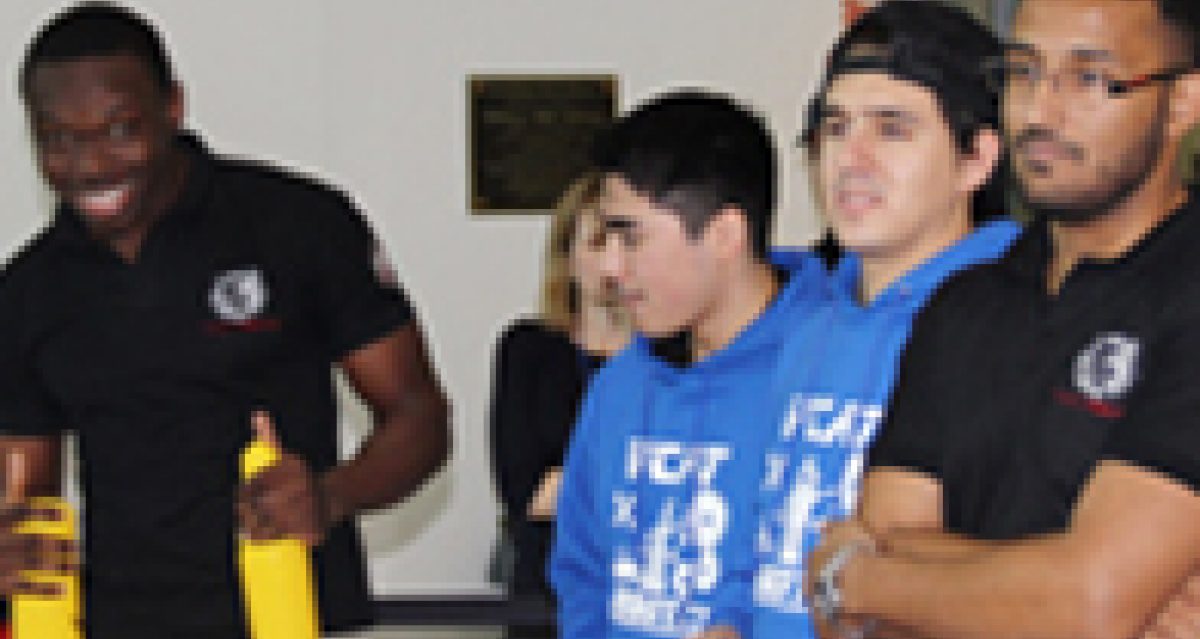 The Vaughn College robotics team served as mentors, referees and judges in two recent high school robotics events in Long Island. The first, on December 6, was held at Jericho High School and featured a competition between 12 high school teams from Long Island. On December 13, the team attended a 21-team competition at Paul D. Schreiber High School in Port Washington.

In addition to serving as the competition’s referees, members of the team took time to respond to questions from students and to showcase their robots.

“These are great events, and we’re so happy to be a part of them,” said Robotics Club President Jefferson Maldonado ’16. “Our goal in attending these competitions is to inspire future generations to work hard and continue to build and develop their skills.”

At Paul D. Schreiber, the team challenged the winning high school team to a friendly match once the competition was over.

“We didn’t score the match, but I’d like to think we won,” said Maldonado playfully. “But the students’ skills are very promising.”

The team will next attend an event at Robert M. Finley High School in Glen Cove, New York, on Saturday, January 10, from 8 a.m. until 4 p.m., where they will serve as mentors and once again have their robots on display.