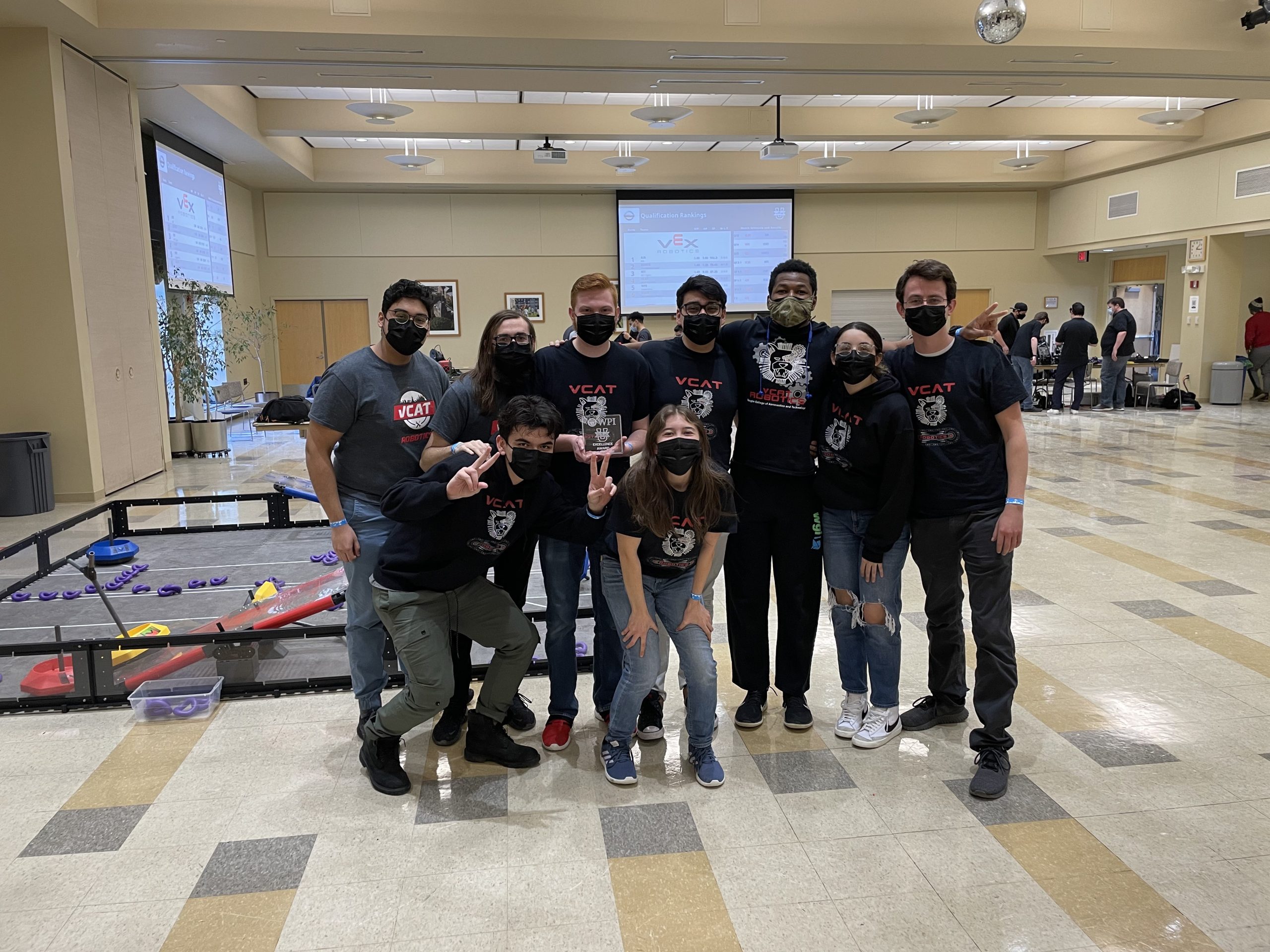 The impending snowstorm of last weekend didn’t stop Vaughn’s robotics team, VCAT from traveling out of state to compete in the WPI VEX U tournament at the Worcester Polytechnic Institute in Worcester, Massachusetts. Eight other teams traveled to the southern New England region to compete.

VCAT finished the tournament with the highest robotics skills score and was the recipient of the Excellence Award, the highest honor bestowed at a VEX robotics competition. The win qualifies the robotics team for the VEX World Robotics Competition later this year. The next tournaments will be held at the College on Saturday, February 12 and Sunday, February 13 in the William R. DeCota Hangar. The competitions will feature both high school and collegiate teams from Queens, Brooklyn, the Bronx, Nassau and Suffolk counties and Connecticut. To see the results from the WPI VEX U Tournament, click here.