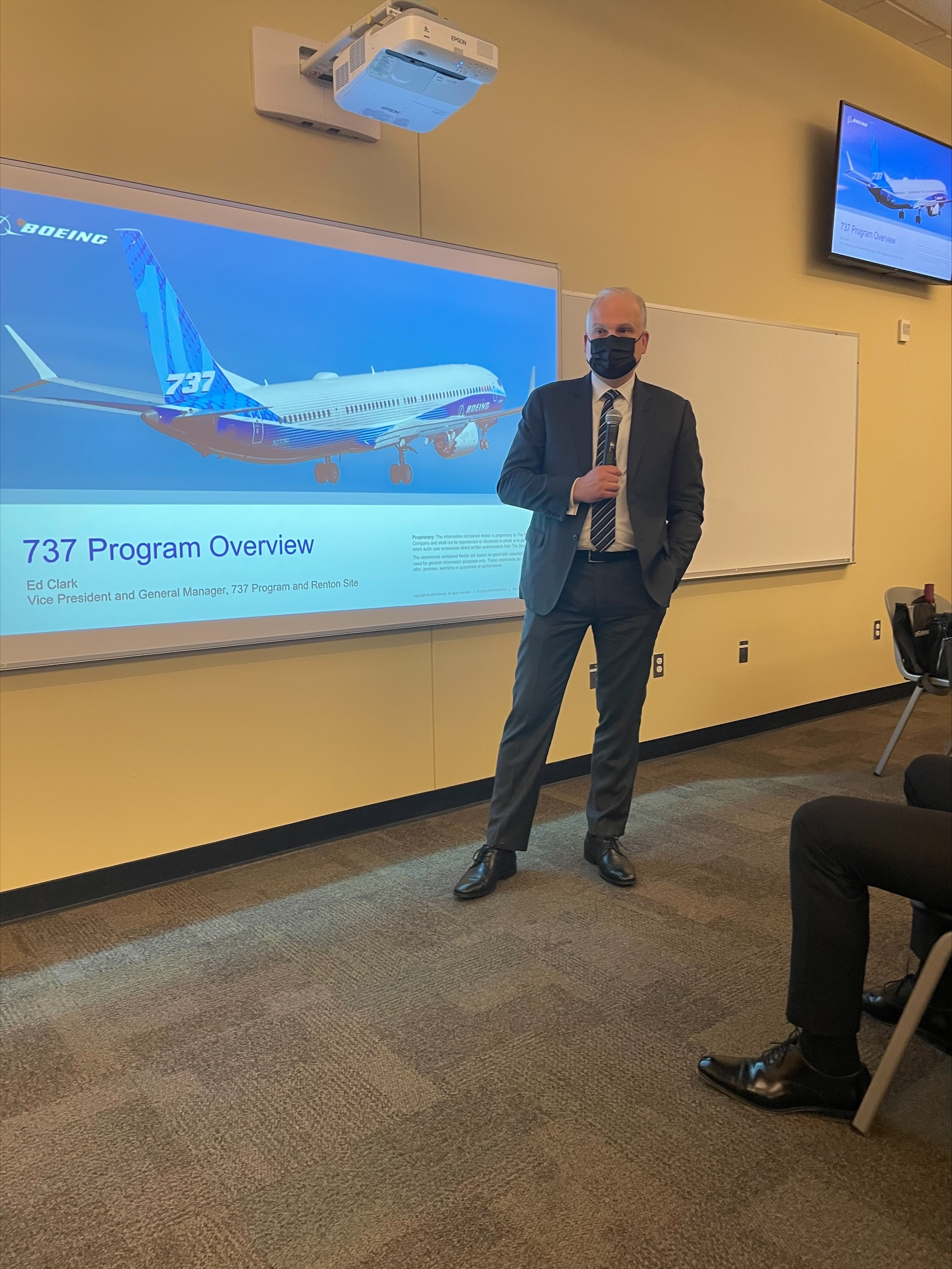 On Thursday, December 9 faculty and students welcomed Vaughn College alumnus Ed Clark ’91, vice president and general manager of Boeing’s 737 program to campus. The event was held both in-person and virtually. Clark has spent more than three decades in the aviation industry which started at John F. Kennedy International Airport working as maintenance supervisor for Trans World Airlines while attending classes at Vaughn. Clark holds a master’s degree from DeVry University and an airframe and power plant license from the Federal Aviation Administration. He is currently responsible for fleet engineering services, aircraft modifications, aircraft on ground services and logistics products and support. Since joining Boeing in 2006 as the chief mechanic for single-aisle replacement studies, Clark has held several other leadership positions in commercial airplanes, including chief engineer/director for 737 airplane integration and the next-generation 737 airplane systems and 737 chief mechanic.

His presentation began with the history and overview of the 737 program. The 737 program commenced in the 1960’s with the need to supplement Boeing’s existing 727 program. Since the maiden flight of the 737 in 1967, there has been four generations of 737 planes. Clark mentioned that Boeing produces three airplanes per month out of the Renton, WA assembly building and 50 airplanes per month out of the Seattle delivery center. He then went on to discuss the history of Boeing throughout the last 100 years, including how in World War II, women built the majority of the airplanes Boeing produced. Much of the assembly line that once required dozens of workers is now done by automation. However, many career opportunities still exist across all production aspects of these planes. His presentation concluded with the evolution of the 737 models, including the 737 Classic, Next Generation 737 and the 737 Max.

After the presentation, Clark remained on campus and met with students to answer questions about his work experience and enlighten students on how to get started in their careers. Chaundra Daniels, director of career services, encouraged students to visit the office of career services for assistance with applying to available opportunities at Boeing’s office in Seattle, WA.