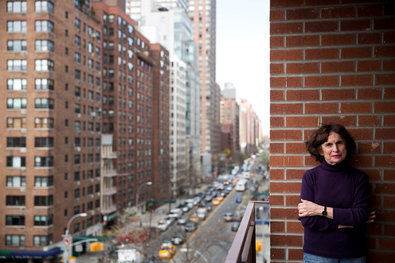 On Wednesday, November 16, the College welcomed Dr. Arline Bronzaft, environmental psychologist, writer, author and researcher who studies the impacts of sound and noise on people’s lives. Bronzaft has accumulated more than 50 years in her field beginning in the 1970’s with the effects of subway noise on children. Bronzaft has been appointed by five New York City mayors to the board of GrowNYC and has helped revise the city’s noise code. She has written several research papers, co-authored multiple books and is a co-founding member of The Quiet Coalition. Bronzaft is a professor emerita of the City University of New York.

Bronzaft first became interested in sound and noise research after studying the impacts of subway noise on student learning. In one example, a subway would pass by a school every four minutes but only half the students would hear it. Bronzaft’s study revealed that children who were exposed to the train noise were a year behind in reading skills compared to students on the quieter side of the school. Additionally, Bronzaft conducted research on the health and well-being of New York residents impacted by the noise of aircraft.

After learning the effects of subway and airplane noise on children’s learning, Bronzaft committed herself to use her research she collected to help people’s lives. She discussed the difference between sound and noise and how the brain interprets it and provided several examples of the dangers of sound and noise not just on the ears, but on mental health. Bronzaft concluded her presentation explaining the COVID-19 pandemic made people in New York City more aware of sound and noise and how it impacts their ears and mental health.