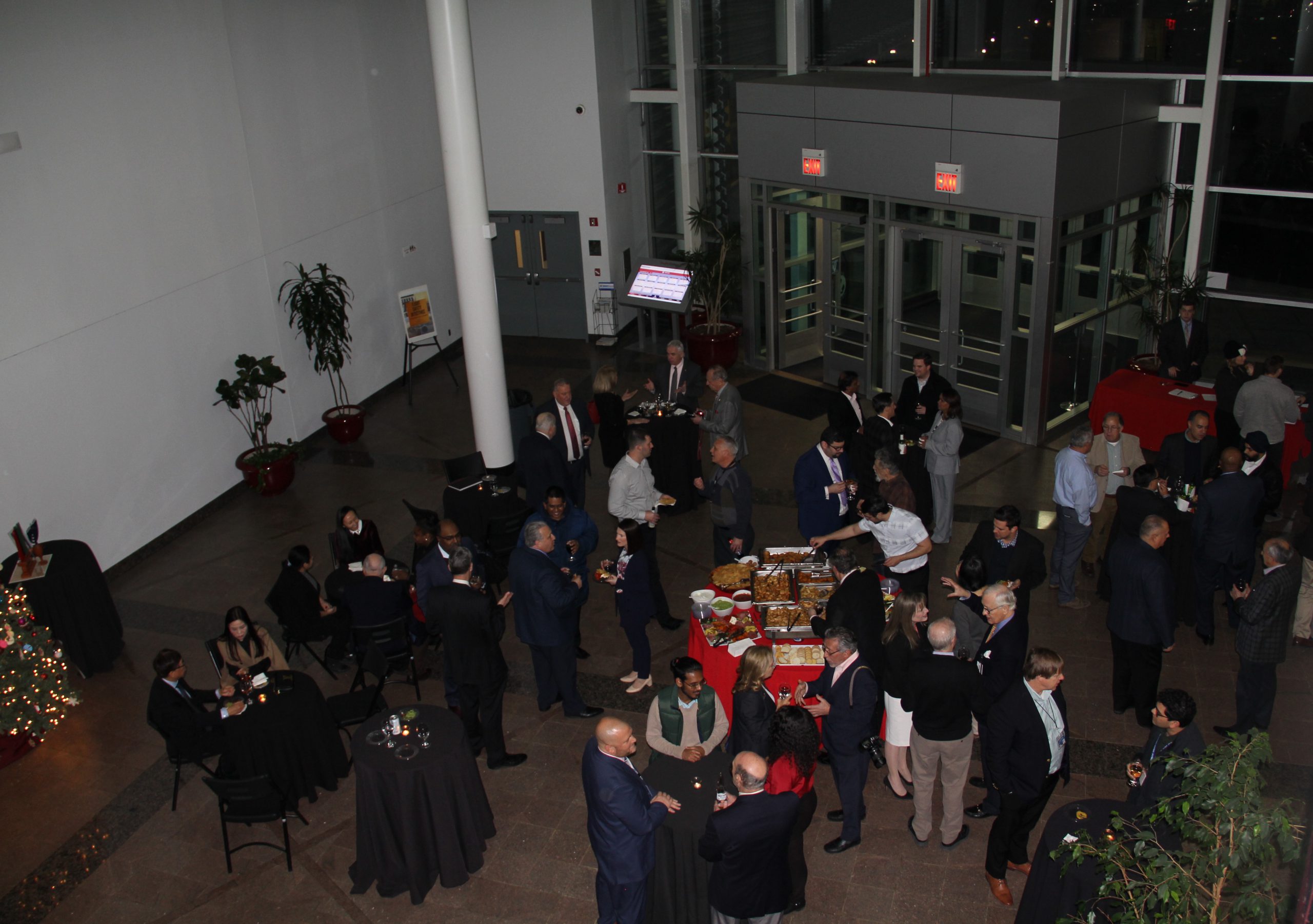 Alumni, family and friends of Vaughn gathered with staff, faculty and advisory board members to toast the start of the new year on Thursday, January 9. Cocktails, hors d’oeuvres and music by Vaughn’s music club perfected the festivities.  The evening brought alumni from all years together to share experiences with staff and faculty about the impact Vaughn has made in their careers.

Alumnus Michael Wroblewski ’15, who was the robotics club president during his tenure at Vaughn attended the reception. He currently works as a manufacturing engineer at CIRCOR Aerospace and Defense. CIRCOR Aerospace is known for its ability to provide highly engineered technology, service and system solutions to a range of aerospace and associated markets.

Other alumni included Philip Joshua ’93 who studied aviation maintenance management and is now a Quality Sector Manager at Pratt & Whitney and Zechariah Gajadhar ’15 who obtained his bachelor’s of science in mechatronic engineering and is now a manufacturing engineer at CPI Aerostructures. Gajadhar is also a faculty member for the Vaughn Engineering and Technology Department.

Employer partners who were in attendance were Edward Libassi, president and chief of operations at A&P Aircraft Maintenance; Robert Isoldi, manager of manufacturing operations at CPI Aerostructures; Andrew Parton, president of the Cradle of Aviation Museum.

College President Dr. Sharon B. DeVivo welcomed all and toasted to the new year ahead. It was then revealed that the College, after receiving approval, will be offering new and exciting graduate-level programs.