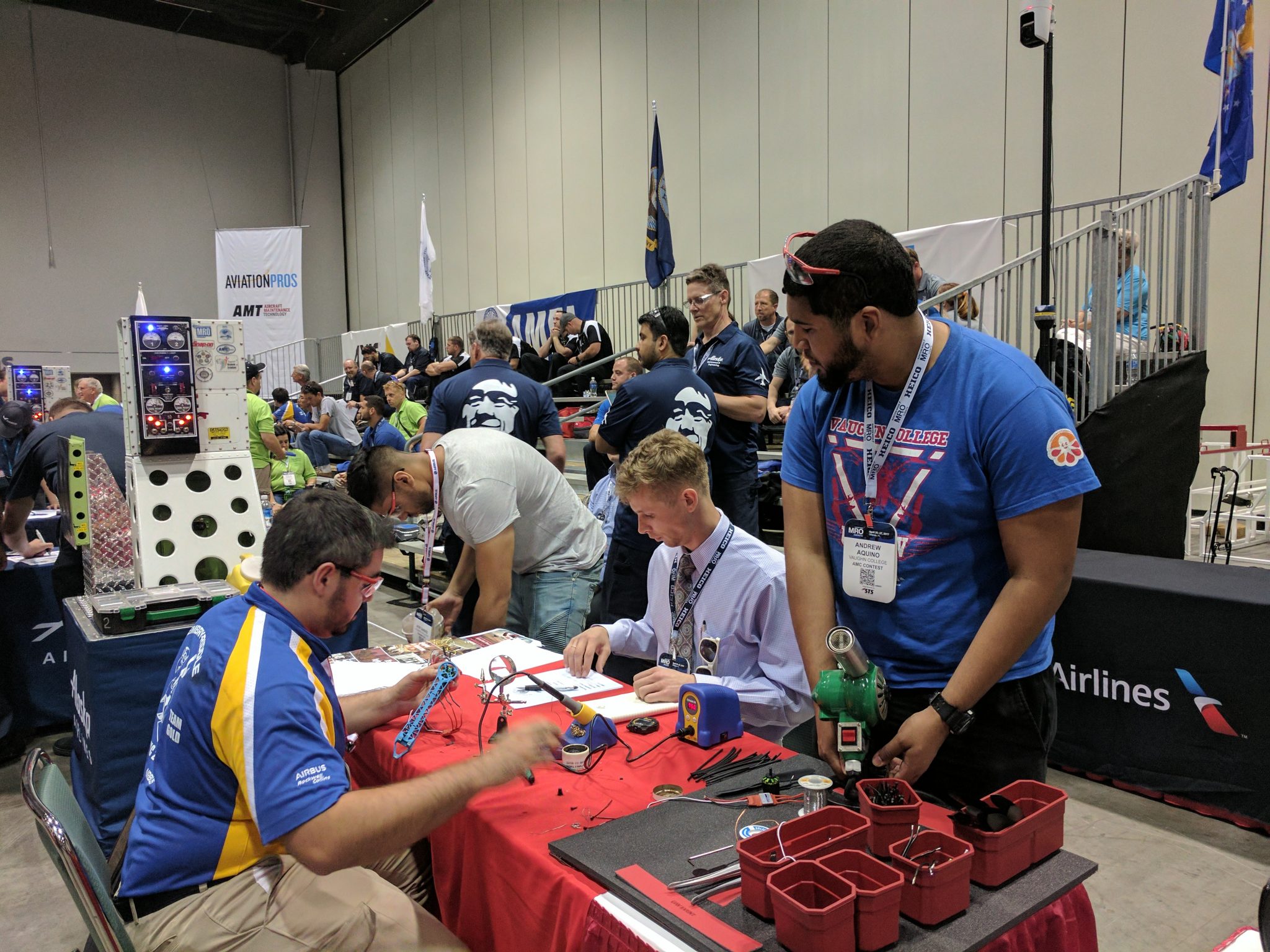 Vaughn students are participating in the Aerospace Maintenance Competition presented by Snap-on at the MRO Americas 2017 convention, from April 25 to 27 in Orlando, Fla. Aviation’s top technicians from around the world are competing against each other in the industry’s premier annual event. One group of Vaughn students are on site to judge portions of the competition and another group is competing under faculty advisers and coaches Sam Leung and ATI instructor Ricky Williams. This is the second year that Vaughn ATI students have competed in the events that challenge their knowledge, skill and team work. Adjunct Professor John Goglia, is president of the Aerospace Maintenance Council, which hosts the Competition.