The Vaughn College men’s basketball team has been at the top of their game when it comes to performance and teamwork. This year, the Vaughn Warriors are looking to take home the championship, having made it into the playoffs every year, as well as reaching the Hudson Valley Intercollegiate Athletic Conference (HVIAC) Championship game for the past two years.

This season, the team has eight new promising players that Ricky McCollum, coach and director of athletics, fitness and wellness at Vaughn, says has rounded out the team for what he believes is going to be their best year yet.

Training to Compete at a Higher Level McCollum and his assistant coaches have established a winning combination of recruiting star players by scouting local high schools and holding open tryouts and summer camps.

With passion and knowledge of the game, McCollum has spearheaded a structured and well-rounded fitness program to help his players build their confidence and compete at a higher level. Players can expect to undergo a comprehensive program of strength, speed and resistance training?as well as agility skills training?to fine-tune their conditioning and prepare them for playing at the top of their game.

Keeping players in the game requires them to stay academically focused. McCollum says he encourages his players to take advantage of “academic study halls” to learn the importance of time management and to master the balance between their studies and sports.

Last season, one of the team’s star players, Michael Pena, won Player-of-the-Year, and three all-conference players were recognized. McCollum also won Coach-of-the-Year in a unanimous vote by his peers.

Choosing to Play for Vaughn

Vaughn athletes receive incentives that exceed skills training. Vaughn proudly supports its athletics program and has a stellar reputation of having one of the highest graduation placement rates of any college in its class. McCollum explains how he and his staff go above and beyond to create an environment for success to help students further their careers by offering mentorship to guide them every step of the way.

“We provide a wide variety of fitness and wellness programs across the board for all students, not just our athletes,” said McCollum. He explained how his department collaborates with the residence hall staff to create programs such as the “House of Wellness Program,” which is a six-week fitness challenge, as well as other programs that include yoga, Zumba and strength challenges, just to name a few.

A Word from Coach McCollum 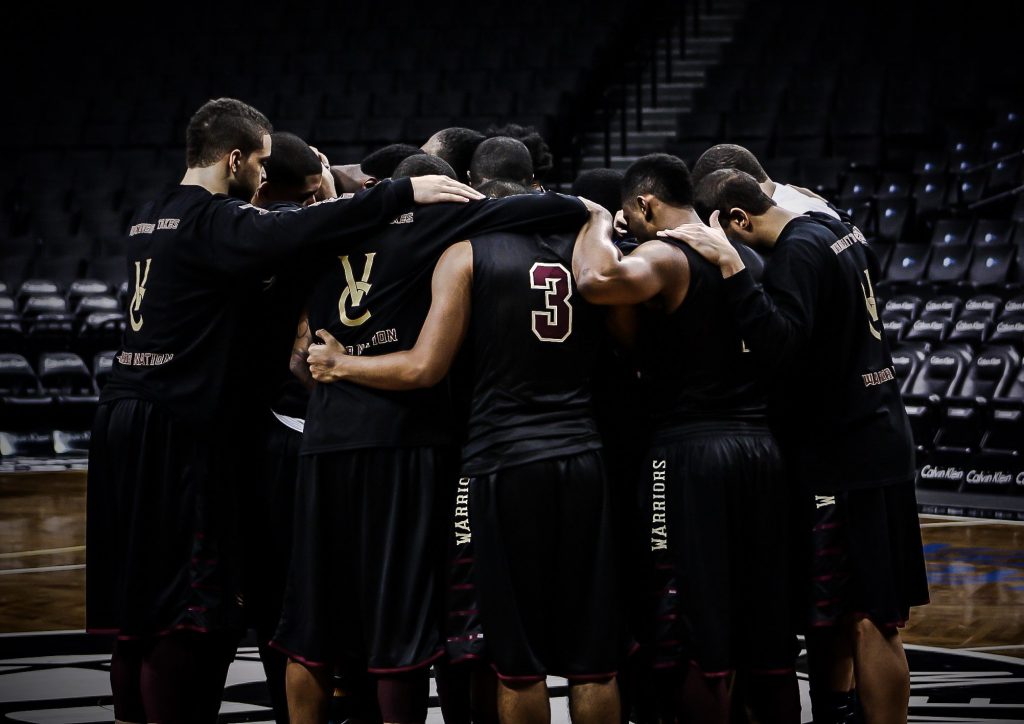 “I don’t believe any dream is too big,” McCollum said. He thinks every player deserves the chance to be a part of something bigger than themselves. Each year, the athletics department brainstorms on a team slogan for the upcoming season, and McCollum said this year they decided on “We Are One.” “The entire Vaughn community comes together to support our team,” he said. “Things are looking promising this year. We are strong and ready to go to bring home the championship.”

In the athletics world, the Nike “swoosh” logo is synonymous with sports and quality reputation. The Vaughn Warriors are proudly sponsored by Nike, with the sporting giant supplying about half of the team’s apparel and equipment.

Other Varsity Sports at Vaughn

Vaughn believes on leveling the playing field by offering a wide-range of sports programs for students of varying athletic talents. Among the programs are men’s and women’s cross country, tennis, basketball and men’s baseball and soccer. McCollum states how players on all teams at Vaughn can expect to receive the same support and mentorship to make their athletic experience a positive one.

Making the Most of Your Summer

10 Tips for De-stressing Before Finals

December 2017 Read more
Sign Up for the Vaughn Email Newsletter