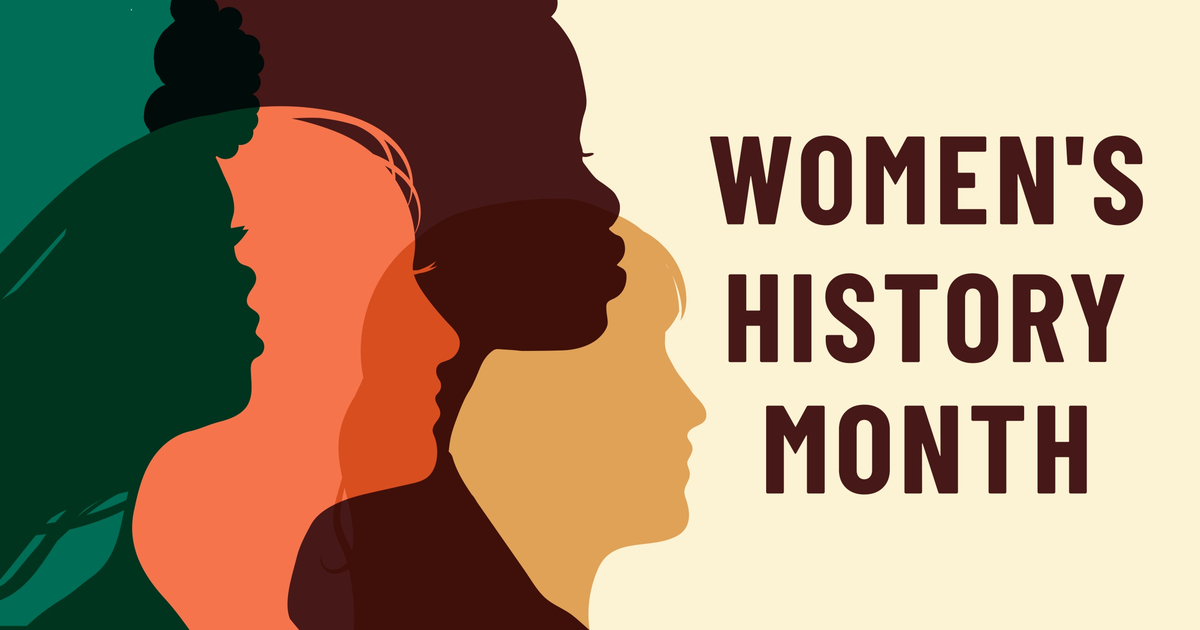 In honor of Women’s History Month, Vaughn College celebrates the extraordinary lives and achievements of women who have paved the way for future leaders from all walks of life. In this special edition, we spotlight four inspiring women who have made their marks in the fields of engineering, management and aviation.

With a distinguished career marked by “firsts,” Aprille Ericsson-Jackson, 58, has made impressive advancements as an aerospace engineer. Born April 1, 1963, in Brooklyn, New York, Ericsson-Jackson is the eldest of four sisters. She credits her achievements to her mother, who—from an early age—supported her career decisions.

After graduating high school with honors, Ericsson-Jackson attended Massachusetts Institute of Technology (MIT), where she earned a Bachelor of Science in Aeronautical/Astronautical Engineering. She overcame racial and gender bias to become the first African American woman to receive both a master’s degree in engineering from Howard University and a doctorate in engineering at the NASA Goddard Space Flight Center. Ericsson-Jackson recalls watching the Apollo missions growing up, which inspired her passion for science and space.

During her 25 years at NASA, she has held the positions of aerospace engineer, technologist, project and program manager and executive. She is credited with adding to the existing knowledge of our solar system and helping the effort to lead us to the future of space flight. Her work has included the design and development of instruments for spacecraft and satellites geared to help gain a better understanding of the Earth. In addition to her work as an aerospace engineer, Ericsson-Jackson teaches mechanical engineering and mathematics at Howard University and has also instructed at University of Maryland and Bowie State University.

Her dedication and excellence in the field has earned her a number of accolades. The National Technical Association named her one of the “Top 50 Minority Women Working in the Fields of Science and Engineering,” and in 2016 she was ranked number eight of 20 on the list of the “Most Powerful Women Engineers” by Business Insider. Her many honors and awards include an Honorary Doctor of Science from Medgar Evers College, The Women’s Network “Top 18 Women Who Will Change the World,” and the Tau Beta Pi Alumni of Distinction. But the one honor Ericsson-Jackson considers her most prestigious is being the first person of color to receive The Washington Award from the Western Society of Engineers.

If you ever needed inspiration to become a female pilot, Beverly Burns would be it. Born in Maryland on August 15, 1949, Burns, 72, is best known as the first female pilot to command a Boeing 747—despite the rampant bias and chauvinism of the 1970s and 1980s. On July 18, 1984, she took her historic flight as a captain from Newark to Los Angeles.

As a young woman with a passion for aviation, Burns held several job titles in the industry—which included aircraft dispatcher, gate agent and baggage handler—before becoming a pilot. It wasn’t until she became a stewardess for American Airlines that her life took a drastic turn. One day, while listening to an American Airlines first officer giving a speech to fellow crew members, she heard him say: “Women are just not smart enough to do this job.” That statement fueled Burns’ determination to become a captain. During her seven years working as a stewardess, she attended flight school—where she unfortunately was faced with more bias. She went through eight instructors until she found one who took her seriously: Captain Robert Allen Burns, whom she married in 1972. In 2008, Burns retired after having worked for 27 years with People Express, which merged with Continental Airlines in 2000. Over the years, she operated some of the industry’s most impressive aircraft, including the DC-9, DC-10, Boeing 757 and Boeing 767. Then, in May 2001, her ambition and superior cockpit skills landed her in the captain’s seat of the Boeing 777—the most technologically sophisticated aircraft of its time. Over the course of her career, Burns received several awards and commendations. These include the Amelia Earhart Award for her historic flight, a congratulatory letter from President Ronald Reagan (along with an invitation to the 50th American President Inaugural), a 2001 citation from US Senator Barbara Mikulski of Maryland and a letter of congratulations on her service from President George W. Bush, among many others.

At 95 years young, Connie Palacioz is known as a real life “Rosie the Riveter” for her amazing work on the B-29 Superfortress at Boeing in Wichita, Kansas during World War II. Born in Peabody, Kansas (but raised in Newton), Palacioz worked hard for her family, working as a laundress earning $0.25. per hour.

After graduating from high school in 1943, Palacioz joined the war effort at the age of 18, where she trained for three weeks to work as a riveter, earning $0.50 per hour. Helping with the war effort was important to Palacioz, as she had several family members in the service, including her brother who was serving in the United States Navy. Her first day on the job was also the day when the B-29 was introduced. She and her bucker, Jerri Warden, were assigned to work on the noses of the B-29s. Together with their team, they produced four B-29 nose sections per day. Her hard work earned her a raise to $1.00 per hour—which was considerably more than she was earning as a laundress only a few years before.

In 1944, Palacioz was asked to be part of the team that manufactured the famous B-29 known as “DOC.” When the war ended, she was laid off from her job. In 1946, she married her fiancé and moved to Emporia, where she and her husband attended college through the G.I. Bill and started a family. Nearly 60 years later, she was surprised to learn that the B-29 nicknamed “DOC”—which she worked on decades earlier—was discovered in the Mojave Desert after having been there for 42 years. Interestingly, DOC was found in pieces—except for the nose of the plane, which only suffered a broken window! In 2000, DOC was returned to Wichita, where Palacioz and other volunteers formed a team and worked for 16 years on its restoration. In 2016, they witnessed how their work paid off when they watched DOC return to the skies. Today, Palacioz not only remains an active volunteer at the DOC hangar in Wichita but is a regular member of the team that travels with DOC to airshows around the country.

Born in Junction City, Kansas on December 27, 1953, Marillyn Hewson, 67, is the former CEO of Lockheed Martin and arguably recognized as one of the world’s most powerful women. She credits her mother’s resilience, hard work and determination for teaching her the leadership skills that brought her where she is today. After Hewson’s father died when she was only nine years old, her mother, a former member of the Women’s Army Corps (WAC)—the women’s branch of the United States Army—raised her and her four siblings. Hewson is quoted as saying: “My mother did what all great leaders do: She sparked the growth of future leaders.” She earned her Bachelor of Science degree in Business Administration and her Master of Arts degree in Economics from the University of Alabama. She eventually went on to attend the Columbia Business School and Harvard Business School executive development programs.

On March 1, 2021, she retired as the company’s executive chairman and board member. Hewson’s stellar leadership achievements have placed her among the most powerful women in business. Fortune magazine named her as one of the “50 Most Powerful Women in Business” in the years 2010, 2011, 2012 and most notably, 2015—when she ranked fourth place. In 2018, Hewson took the top spot with Fortune, which named her as the “Most Powerful Woman in the Business World.” That same year, Chief Executive Magazine named Hewson “CEO of the Year,” and she was awarded the Edison Achievement Award for her leadership skills and achievements in making a lasting contribution to the world of innovation. In 2019, Time magazine named Hewson in its list of the “100 Most Influential People of 2019.”

We hope you enjoyed reading about these extraordinary and inspiring women. What inspires you to be your best? A degree from Vaughn College can get you there. Whether your passion is in engineering and technology, management or aviation, Vaughn will be by your side throughout your journey. Apply today.

Want to learn more about Women’s History Month? Check it out here.

June 2019 Read more
Sign Up for the Vaughn Email Newsletter