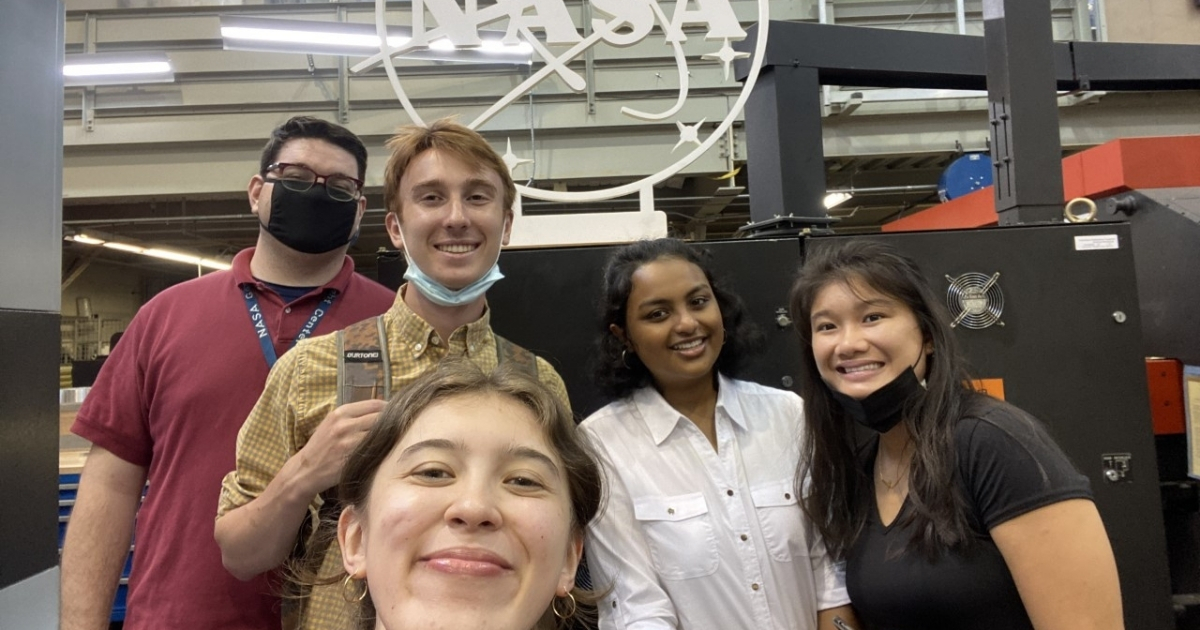 Inspiration comes from many places. For Tatiana Jaimes ’22, a mechatronic engineering major at Vaughn College, the blind children in her native country of Colombia were the driving force behind conceptualizing and designing BrailleBud, a teaching tool that encourages pre-k and first-grade children to read by learning the Braille alphabet.

Coming back to America

Although Jaimes was born in New York City, she moved to Colombia with her grandmother to attend elementary school and high school. She explained how the educational system in Colombia focuses strongly on the science, technology, engineering and math (STEM) curriculum. “From a young age, I learned the fundamentals of physics and engineering,” Jaimes said. “I saw how the majority of blind children in my country live in poverty and can’t afford the schools for the blind, not to mention Braille reading materials. I knew this would be one of my callings in life—to develop a device that would give visually-impaired children a chance at literacy and going on to have a fruitful life.”

As high school graduation approached, she began searching for colleges to pursue her degree. Her mother, who lives in New York, discovered Vaughn College. After exploring the degree programs at Vaughn, Jaimes knew the College would be the perfect fit for her. “Although I am bilingual, Vaughn helped guide me through the application process,” she explained. “They eliminated any stress and made it easy to apply.” At 17 years old, Jaimes enrolled in the mechatronics engineering program and the rest—as they say—is history in the making.

Finding her place at Vaughn

Excited to begin her college career, Jaimes said she made the best use of her time and resources on campus. She made friends easily, and took the advice of upperclassmen to join clubs and get involved with collaborating on research papers. She befriended engineering and technology students Alina Santander Vinokurova ’23 and August Rodriguez ’22, who were looking to work on a community-based project. “It was an exciting experience meeting Alina and August,” Jaimes said. “We share the same passion and desire to find a way to solve present day problems by implementing solutions that are not always addressed—such as helping blind children to read.”

Vaughn’s support made it happen

By the summer of 2020, Jaimes and her team conceptualized how to make BrailleBud completely mechanical, and with the help and support of Miguel Bustamante, PhD, assistant professor of engineering and technology and Dr. Hossein Rahemi, chair of Vaughn College’s engineering and technology department, the process was smooth and productive. “Professor Bustamante was instrumental in the development of our first prototype,” said Jaimes. “He suggested we make it more interactive by using the tools of mechatronic engineering, such as adding actuators and audio.” By 2021, the team completed the prototype, with the help and support of Dr. Rahemi, who arranged to have all expenses for the project paid by the College.

While the concept of the BrailleBud is not an original idea, it should be noted that Jaimes, Santander Vinokurova and Rodriguez found a way to design a more interactive Braille literacy tool for young children by sharpening their auditory and tactile senses. They also designed BrailleBud to be lighter and more affordable for families of the visually impaired. The tool is designed to be used on three levels: “level one” for letters of the alphabet, “level two” for the learning of small words such as “cat” and “dog,” and “level three” for more complex words, which is currently in development. Their prototype is a tablet that uses three braille cells each with six dots to represent a different letter. Jaimes and her team designed the unit with a passive infrared sensor (PIR) that detects whether the child is hovering over the correct “letter.” It is equipped with audio capabilities that has an encouraging “voice” that praises the child, letting him or her know when an answer is correct.

The team combined all three elements of mechatronic engineering—mechanical, electrical and computer—when designing the prototype. For the mechanical aspect, they used the College’s 3D printers to create the “home” of the tablet, which houses the control system and microprocessors. The electrical part of the system uses transistors, solenoids, speakers, and other electrical parts that are used to transmit energy and power the tablet. “Dr. Rahemi was extremely helpful acquiring the components we needed,” Jaimes said. Lastly, the computer engineering aspect uses Arduino’s integrated development environment (IDE), which is part of the coding to power and communicate all the components for each level. 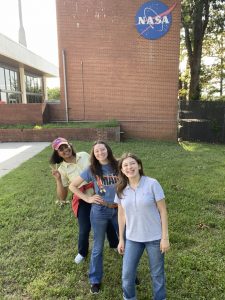 Leading the team, Jaimes said she is beyond proud of their accomplishments. “We work so great together,” Jaimes said. “We each bring our level of expertise to the table making this prototype the best it can be.” Jaimes’ responsibility was to build the circuit, Santander Vinokurova worked on the audio function and actuators, while Rodriguez built the “home” and conducted all of the CAD-related work. Together, the team collaborated on the project and contributed to the research paper, “BrailleBud: Transitional Learning Tool from Pre-Literacy to Braille Literacy.” Their paper was presented virtually at the 2021 Latin American and Caribbean Consortium of Engineering Institutions (LACCEI) Conference in July and qualified them as finalists at the conference. “We owe our gratitude to Dr. Rahemi for his efforts in having our paper presented at the LACCEI,” Jaimes said humbly. “His support and the support of the Vaughn community helped us get to this point.”

Her future with NASA 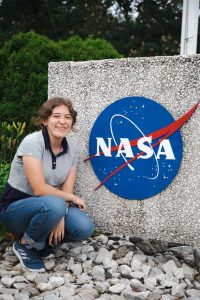 Growing up in Colombia instilled many desires in Jaimes. “I realized that opportunities and those ‘a-ha’ moments come when you least expect them,” Jaimes explained. “One day, while in high school, I watched a video of a NASA engineer working on the robotic arm for the Mars rover, Perseverance. It was then that I knew I wanted to pursue a career that was space-related.” As she continues to work on the BrailleBud at Vaughn, she looks forward to living her dream of working at NASA. Last March, she was chosen for the Pathways Internship at Goddard Space Flight Center in Maryland, where she worked over the summer. Her exemplary work ethic and leadership roles at Vaughn—combined with her mechatronic engineering focus earned Jaimes a job offer at NASA after graduation. She plans on pursuing a master’s degree in Control Systems and looks forward to working at the job that awaits her at NASA.

“I’m grateful to all of my professors at Vaughn who supported and inspired me to get to where I am today. I learned that engineering is all about teamwork. I look forward to being a part of many teams in the future, working toward the better good.”

What is your passion? Discover the possibilities of a Vaughn College degree. We offer programs in engineering and technology, management and aviation. Apply today.

How to Build a Strong Résumé While in College

December 2017 Read more
Sign Up for the Vaughn Email Newsletter