Lonnie Johnson and the Power of Curiosity 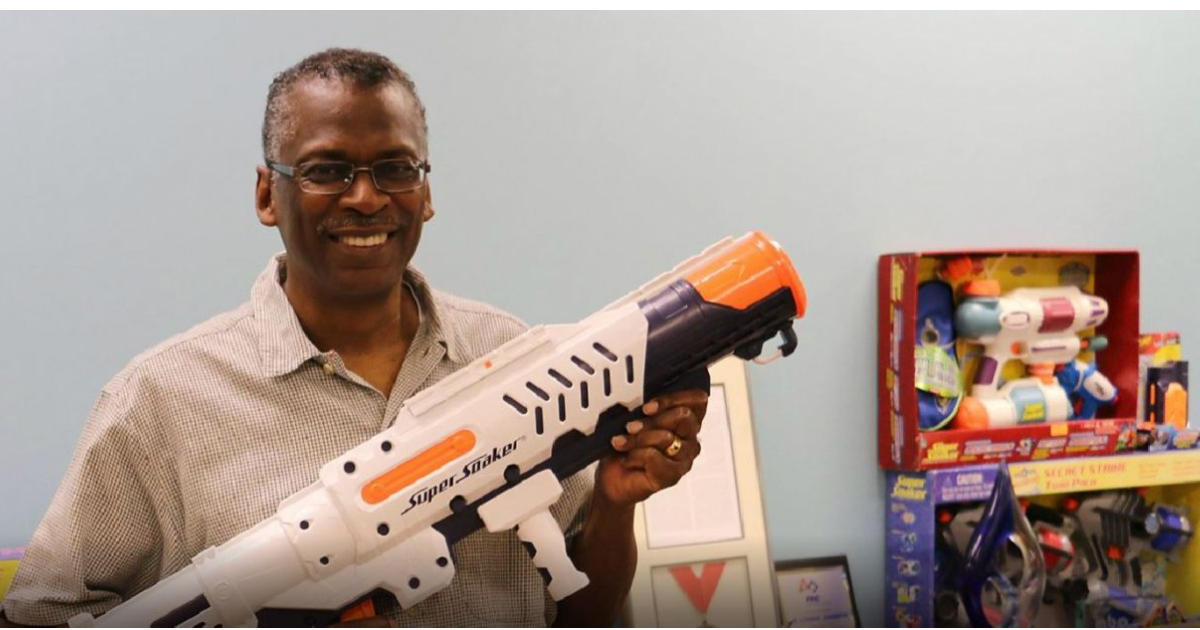 Lonnie Johnson is an innovator, NASA engineer, member of the Air Force and inventor of the wildly popular Super Soaker—among other great inventions. Read on to learn about Johnson’s early passion for engineering and how his natural curiosity has led him to achieve an incredible career that continues to elevate him to new heights.

Born in Mobile, Alabama in 1949 Lonnie Johnson seemed destined for a life that involved the complexities of engineering, technology and science even before his invention of the Super Soaker. Early examples of this natural inclination toward science included reverse engineering one of his sister’s dolls in order to see how the eyes operated and building a go-cart that was powered by the engine of a lawnmower. By the time he was in high school, his aptitude for all things scientific earned him the nickname “The Professor” among his fellow students.

In 1968, Williamson High School was among the entries in a science fair that was sponsored by the Junior Engineering Technical Society (JETS) and held at the University of Alabama, in Tuscaloosa. Representing Williamson High School was Lonnie Johnson, who also happened to be the only Black student in the fair. The project that Johnson submitted for the science fair was “The Linex,” a compressed-air-power robot, which won the first prize.

In addition to science, Johnson was excellent in math, which helped him secure a scholarship to attend Tuskegee University. He received a bachelor’s degree in mechanical engineering and then went on to earn a master’s degree in nuclear engineering.

If Johnson’s academic achievements were impressive, they were only the beginning of greater things to come. Upon graduating from Tuskegee University, he began his professional career at Oak Ridge National Laboratory, a multi-program science and technology laboratory sponsored by the US Department of Energy. He also helped in the development of the stealth bomber program when he enlisted with the United States Air Force.

Eventually, Johnson’s talent in engineering and military background brought him to NASA’s Jet Propulsion Laboratory in the late 1970s. Here, he performed double duty as a systems engineer for both the Galileo mission to Jupiter and the Cassini mission to Saturn. Johnson remained with the Air Force until 1987.

The invention of the Super Soaker

In 1982, Johnson was experimenting with the creation of a heat pump that would run on water instead of Freon. He attached some nozzles to his bathroom sink, which, when opened led to a powerful burst of water into his tub. This experiment led to an invention that—after seven years of redesigns and renames—became the world-famous water gun, the Super Soaker. So popular was this new toy, that in 1991 it generated $200 million in sales. In that same year, Johnson founded his own company, Johnson Research and Development Co., Inc. Later, Tuskegee University awarded him an honorary PhD in science in 2001 in recognition of his career achievements.

Another crowning achievement in the life and career of Lonnie Johnson was the creation of a special kind of engine. The purpose of this engine was to convert heat into electricity more efficiently. Upon completion, this engine—the Johnson Thermoelectric Energy Converter (JTEC)—went on to help in the progress of renewable energy and was listed as among the world-changing inventions by Popular Mechanics in 2008. In his ongoing effort to improve revolutionary energy technology, Johnson founded two companies—Excellatron Solid State and Johnson Battery Technologies, Inc.

Lonnie Johnson currently holds more than 100 patents with 20 more pending, many of which are connected to his invention of the Super Soaker and was named by IEEE Spectrum as being “part of a small group of African-American inventors whose work accounts for six percent of all US patent applications.”

The value of curiosity

If there is one constant to the life and career of Lonnie Johnson, it is curiosity. From his childhood when he examined how toys worked to becoming the inventor of the world-famous Super Soaker, to the creation of the JTEC, Johnson was never content to rest on past achievements. His curiosity keeps him seeking, inventing and inspiring.

Are you curious about the intricacies of how things work? This is, in its own right, almost a requirement for anyone who chooses to enter into the study of engineering and technology or aviation—fields which are specialties to Lonnie Johnson. Let Vaughn College help to nurture and feed your curiosity with one of our associate, bachelor’s and master’s programs.

June 2015 Read more
Sign Up for the Vaughn Email Newsletter