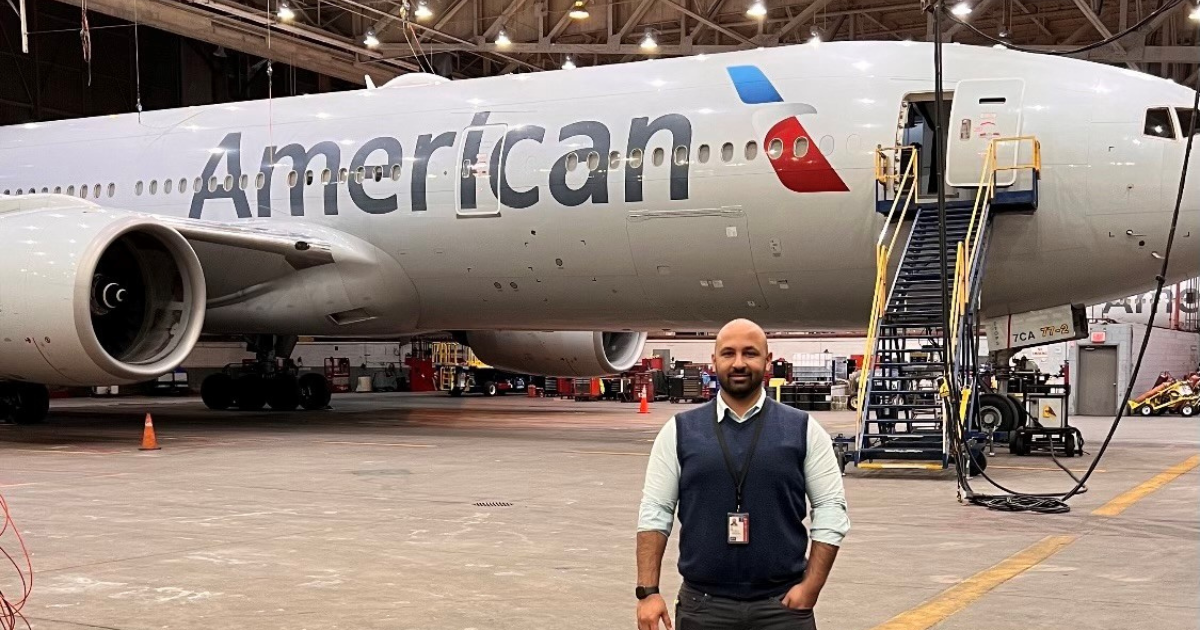 The notion, “It’s never too late to pursue your dream,” was the driving force for Vaughn graduate Ehab Zaki ’21 to earn his Airframe and Powerplant (A&P) certificate at the age of 35. Now, at 37, he’s living his dream as an aircraft maintenance technician at American Airlines, with the goal of landing a management position in the future. Read on to learn how his ambition and dedication to his family brought him to where he is today.

Born in Cairo, Egypt, Zaki said his passion for aviation began at an early age. “Growing up in Egypt, I knew I wanted to work in the aviation field, but I didn’t foresee an opportunity to make it happen in my country,” he said. When he was 18-years-old, he enlisted in the Egyptian Army as part of Egypt’s military service, which is mandatory for men between the ages of 18 and 28. While completing his service, Zaki didn’t waste any time. He earned his bachelor’s degree in business administration and graduated in 2004. One year later, while vacationing with friends on the north coast of Egypt, Zaki was introduced to Dina, who he went on to marry. In 2006, he and Dina moved to Lynbrook, New York, where—with a baby on the way—they began their new life.

Zaki was fearless and determined to grow roots in New York to provide a great life for his family. Shortly after settling into their new home, their son Mohammad was born, which further inspired Zaki’s ambitions to become successful. “I took a job selling restaurant supplies and realized soon after that this was something I could do for myself,” he explained. Two years later, he and Dina welcomed their daughter Asia into the world. Determined to succeed, Zaki opened his own business—Kham Restaurant Supplies—which he still operates today.

With an abundance of drive and passion, Zaki fueled one of his other hobbies—a love for cooking. He opened a restaurant in Lynbrook, which he owned and operated up until last month. “Cooking is one of my hobbies that I can pour my creativity into,” he said. “Owning a restaurant was the perfect complement to my love for cooking. Plus, I do all the cooking at home, so it’s a win-win all around.”

As a successful business owner and family man, Zaki knew the time was right to put his plan for an aviation career into action. In 2020, he enrolled in Vaughn’s ATI program where he earned his A&P certificate and graduated summa cum laude. “Waiting to pursue my career in aviation was the right move for me,” Zaki said proudly. “It was important to me that I was established, and my family was secure before I moved on to pursue my passion.” Balancing work and college kept him busy, as he operated his business during the day and attended college at night and on the weekends. “I’m an ‘all in’ kind of guy,” he said. “Either you do it, or you don’t.”

Zaki said his time at Vaughn was instrumental in helping him get to where he is today. “Vaughn gives you all the fundamentals you need to succeed,” he explained. “The professors and instructors are at the top of their games. They take you through the program from A through Z. I had a great relationship with them.”

Here are a few of the reasons why Zaki chose Vaughn to pursue his aviation maintenance degree:

Landing his dream job as an aircraft mechanic

In December 2021, Zaki received his A&P license and immediately applied for positions at Endeavor Air as well as at American Airlines, where he really had his sights set. Eager to get to work, he accepted a position at Endeavor Air, where he only trained for about four weeks. “While I was training in Minneapolis with Endeavor Air, I heard back from American Airlines about the open position,” he explained. “I interviewed with American Airlines and was offered the job on the spot!” Zaki was thrilled to begin his dream job. “It was my goal from the start to land a position at American Airlines,” he said emphatically. “The company displays a great culture of diversity. I’m looking forward to building seniority with the airline and move to a management level position. My current job as an aircraft mechanic is just the beginning.”

A day in the life of an aircraft mechanic

Zaki loves his job at American Airlines and believes that starting his career later in life was a great decision. “Every day is totally different which I love,” he explained. “We work on planes from the nose to the tail. Every time a plane lands, it needs to be serviced. It’s an exciting job with a new set of challenges to solve every day.” But above all, Zaki said landing this job offers benefits which money can’t buy. “As a father and husband, working as an aircraft mechanic has its perks,” he explained. “The flexible and rotating schedules make balancing family time so much easier—and I still get to cook for my family, too!” he said laughing.

When asked what advice he would give to anyone thinking about starting a career later in life, Zaki said, “It’s important to keep learning. Don’t let your age stand in your way of pursuing your dreams. Everything happens at the right time. You’ll know when that time is. You just have to be open to it.”

Now is the time to join the field

In response to the travel rebound and workforce cuts that happened during the pandemic, airlines are scrambling to staff their fleets back up – nearly all jobs are in high-demand including mechanics, pilots, flight attendants and customer service agents. Now is a great time to get into the aviation industry. In a short period of time—just 16 months—you could earn your A&P certificate and begin working in this futureproof—and in-demand—field where salaries are at an all-time high. And were you also aware that Vaughn College is one of just a handful of FAA-approved aviation programs in the state of New York? Get your certification from an institution that holds an excellent reputation in the industry for 90 years and counting which started with aviation maintenance.

Are you interested in joining the exciting field of aviation maintenance? We invite you to learn more about it at our next Aviation Maintenance Information Session on July 14 at 6 p.m. Mark your calendar and check our homepage for a link to register soon! You can attend on-campus—or, if you choose—we will be streaming it live for you to view from home or on-the-go. We hope to see you there! 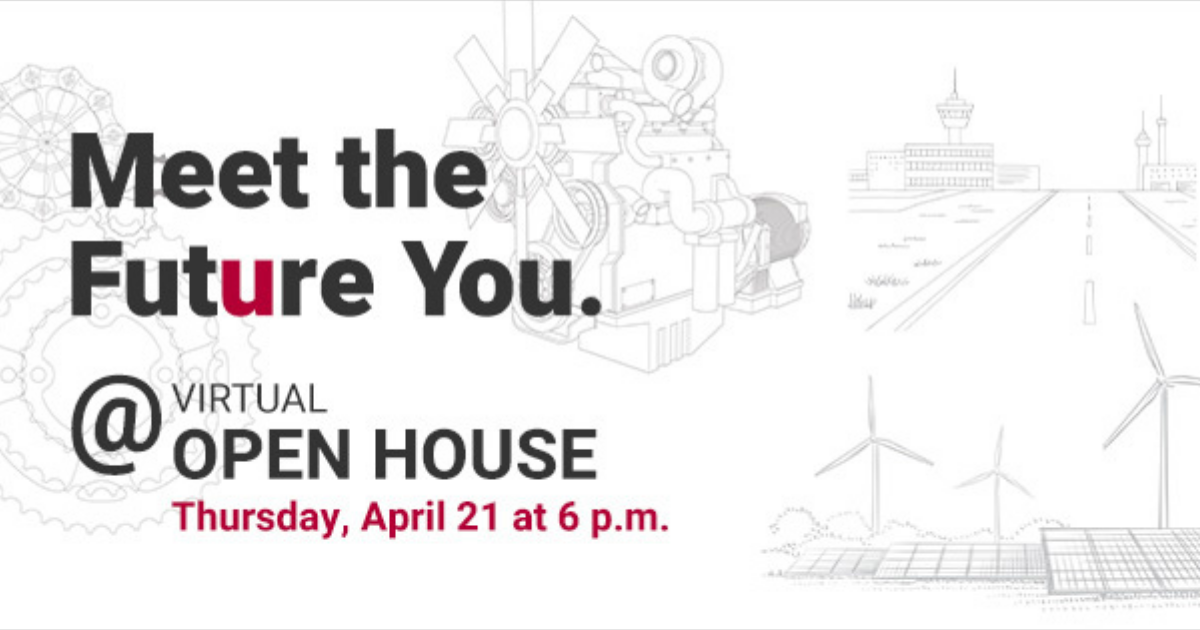 An Inside Look into Vaughn’s Spring Open House

March 2022 Read more
Sign Up for the Vaughn Email Newsletter